Fight4Equality Campaign Says “Jim Wells is Not the Victim”

The Fight4Equality campaign has responded angrily to former Health Minister Jim Wells’ attempt to clear his name regarding homophobic comments made at a hustings event in Downpatrick. Mr Wells claims that a video of him speaking at the event which was circulated on social media had been doctored.

Spokesperson Courtney Robinson said:
“There is no difference in meaning between what is said on the recording which Jim Wells claims is doctored and the comments which he freely admits to making. In the transcript he has released, he proudly boasts of his opposition to same-sex marriage. He then goes on to say that same-sex couples are incapable of providing a loving, stable home for children and that those who grow up outside such a home are more likely to be absused. The clear implication is that same-sex couples are more likely to abuse their children.”

“These comments are homophobic, bigoted and totally out of touch with the 68% of people who support equal marriage. Jim Wells is not the victim here. Bigoted comments from politicians like him serve to legitimise homophobic harassment and attacks, which are on the rise and largely go unreported. Mr Wells’ resignation in the face of public outcry was a victory for everyone who supports equality and wants to drag Northern Ireland into the twenty-first century. It shows that even the DUP – dominated as it is by religious fundamentalists – can be put under pressure and forced to give concessions on this issue. We need to step up the fight for equality on the streets and let the Stormont politicians know that homophobia has a political cost.”

The Fight4Equality campaign is hosting a public conference on Saturday 8th August in the Black Box, Belfast, with high profile speakers from the LGBT rights movement including Peter Tatchell and Mike Jackson from Lesbians and Gays Support the Miners, featured in the movie Pride.

Fight4Equality is a campaign initiated by members of Socialist Youth 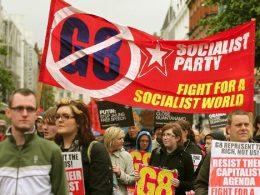 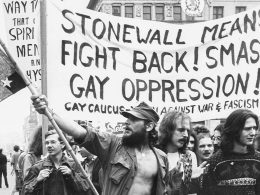 The proposed cuts to St. Mary’s College – which threaten to force it to close after over 100…
byArchive