Today marks the fiftieth day in which staff and residents of Regina Coeli hostel in Belfast began a ‘sit in’ after they were told that the facility is due to close.

Last Friday, a letter from the management committee was delivered to each of these women workers sacking them with immediate effect, in order to avoid paying redundancy.

As the sole women-only hostel in Northern Ireland, it provides accommodation and support services for up to 21 women, supporting over 200 women a year.

Many of its residents are vulnerable women who have left abusive relationships or struggle with substance abuse. The hostel provides them with safety and security, which is often not available in mixed hostels.

The charity is run by the Legion of Mary, which owns the building. It decided to close the building stating it has no money for substantial repairs required.

The Legion of Mary had already attempted to close the hostel in 2016, when it gave staff and residents two weeks to vacate the premises. Protests by the workers, residents and the wider community led to a new funding agreement with the Northern Ireland Housing Executive (NIHE) to keep the hostel open.

It is clear that in the years that followed the building has been allowed to fall into disrepair. The NIHE has been aware of the plans to close the facility for months and are merely ‘putting contingency plans in place’ to accommodate these vulnerable women elsewhere, most likely in hotels.

It is disgraceful that a service is allowed to close down at a time when there is already a chronic lack of accommodation for homeless people. Between January-June 2021, there were 4,755 placements for temporary accommodation, of which 49% went to hotels or B&Bs and 21% to private lets.

Furthermore, domestic violence and abuse is at a 15-year high in Northern Ireland, with more than 32,000 incidents reported to the PSNI from June 2019 to July 2020. The two main reasons for women becoming homeless is leaving abusive relationships and leaving care.

Let the workers run the hostel

Cuts to services over decades have caused a housing crisis and a crisis in social care.

Services to support the vulnerable in our society shouldn’t be left to religious or voluntary organisations, relying on volunteers and charity or limited government funding.

These are essential services that should be run as public services, fully staffed and resourced. Unite the Union is calling for the Legion of Mary to hand over the building to the NIHE. The workers could then continue to run the hostel.

We need a vast expansion of services for homeless and vulnerable people, including mental health and addiction support and building of social housing. 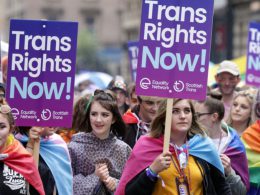 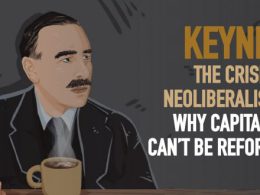 Keynes, the crisis of neoliberalism and why capitalism can’t be reformed

Covid-19 has turned the world upside down, making all that was considered impossible now seem possible. In the context of a new crisis for capitalism and the undermining of the neoliberal order globally, the ideas of the liberal economist John Maynard Keynes will increasingly gain traction in terms of the policies of capitalist governments, writes Cillian Gillespie. 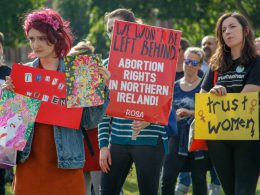 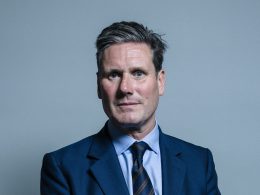