With climate change, war and disease, it’s easy to grow numb to all the bad news stories. But just when you think nothing can shock you, the world finds a way to twist the knife, for example with the latest massacre of children in the United States. How is this still happening?

Why is the world in such chaos? Why are things getting worse instead of better?

Many of these problems are due to capitalism, the system under which we live, where vast wealth is owned by rich people and big companies, and invested for the sake of profit. As workers we are exploited, as consumers we are ripped off, and as citizens we are lied to and kept away from any real power.

The housing crisis in Ireland is one example. Why hasn’t it been fixed? Because our capitalist politicians came up with a capitalist solution: tempt the big funds and the big corporations to come here and build houses. But these parasites have just driven prices up, and they have built too few houses to help the 10,000-plus homeless.

Everywhere we look we can see the profit motive causing huge problems. The stock prices of arms companies go up dramatically whenever there’s a war or a school shooting. The most powerful energy companies are profiting from the destruction of the environment. The soaring bills for fuel, energy, groceries, etc, have a number of causes. But these all come back to capitalism: profiteering, imperialist war, and the fragile ‘just in time’ supply chains built up by a small number of powerful corporations.

Most politicians serve these corporate interests. That goes for the so-called ‘liberal centre,’ the Macrons, Bidens and Varadkars, as well as the far right, the Trumps and Le Pens. These two sides perform a phony culture war, each trying to rile up some kind of base of support even though they have nothing to offer working people. In response, some people switch off and stop caring about politics. Others go down a rabbit hole of bigoted ideas, and lose touch with reality. This is how the political culture of a system in decay promotes racist and sexist ideas.

Not every problem in the world is simply, one-to-one, caused by capitalism. But the system is rotten and set up on every level to reward powerful people for doing bad things. It’s not the fault of working or poor people. It’s not ‘human nature,’ it’s the nature of a system designed to maximise profit.

There is an alternative: Socialism. This would mean the biggest companies being brought into public ownership and placed under democratic control. It would mean all of us having a say in what those companies invest in, as part of an overarching plan for the economy. Instead of burning more fossil fuels, or blowing up stupid bubbles like Bitcoin, working people would choose to invest in green energy, transport, health and education. Instead of maximising profit, we could maximise human welfare.

New technology would lighten the workload without loss of pay, instead of creating unemployment. Public housing could be built at cost price. We could control food and fuel prices. We could take over the fossil-fuel and arms industries, retraining their workers and repurposing their machines.

This would obviously not solve all problems overnight. But socialism would give people a sense of progress and common purpose, and weaken the grip of sadism, paranoia and despair. It would enable us to start really pushing back against climate change, against far-right politics, against the warmongers and war profiteers. 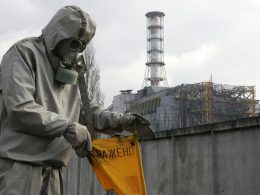 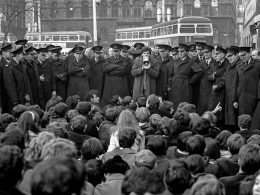