The severe downturn in 2008-09 made the world economy into an experimental workshop. But neither extreme austerity or trillions to the banks has led to a solid recovery. Now there is growing concern among politicians and economists.

At the center of concern is the crisis in Europe. In early 2012, both Italy and Spain were close to sovereign defaults, which in turn would have made the whole euro project collapsing. EU’s leading politicians and institutions were scared into taking extreme measures.

The European Central Bank, ECB, promised “unlimited access” to capital for both states and banks. Since then, the ECB lent 360 billion euros to Spanish banks and 260 billion into Italian. A large part have been used to buy their respective state bonds. The interest rate gap – how much more it costs for Spain or Italy to borrow than Germany – have fallen from 6-7 percentage to 2-3 percent.

The ECB’s generosity is matched by other central banks. The U.S. Federal Reserve is in its fourth round of Quantitative Easing which means that the Fed buys government debt notes for $ 85 billion each month.

Japan’s new right-wing government has now embarked on a “quantitative and qualitative” monetary policy in double pace compared to Fed. In two years, the central bank (Bank of Japan, BOJ) will use equivalent to a quarter of Japan’s GDP – the third largest economy – to purchase government bonds, equities and real estate.

But now there is increasing concern that central banks’ intervention is not the solution, but rather deepens the crisis. “Some of the leading figures in central banking concede they were flying blind when steering their economies,” reported the Financial Times (18 April), from the International Monetary Fund’s (IMF) spring meeting.

Lorenzo Samgh of the the ECB’s executive board: “We do’nt fully understand what is happening in advanced economies.” The head of the Bank of England, Mervyn King, said that no one can be sure that the expansionary monetary policy is correct and wondered if they are “running the risk of reigniting the problems that led to the financial crisis in the first palce?”.

Central bank intervention has eased the immediate crisis for the most vulnerable banks and states. But they do not kick start economies – investments in the advanced capitalist countries is still at a record low.

However, the new policy opened for sharper conflicts between nation states. The Japanese currency, the yen, has fallen by 25 percent since last year. It has benefited the Japanese export industry, at the expense of for example German and South Korean industry.

But especially worried is the IMF for what happens when easing ends. There is no equivalent in history to learn from. “Continued improvements will require further balance sheet repair in the financial sector and a smooth unwinding of public and private debt overhangs. If progress in addressing these medium-term challenges falters, risks could reappear. The global financial crisis could morph into a more chronic phase marked by a deterioration of financial conditions and recurring bouts of financial instability”, writes the IMF. The conditions raised here – balance sheet repair and unwindling of debts – have so far failed, which points towards a more chronic crisis.

The second leg of the crisis policy – the extreme austerity measures – have had worse immediate effects. 19.2 million are now unemployed in the euro zone, of which six million in Spain alone. In Greece, youth unemployment is 59.1 percent. The New York Times reported in an article on Greek school children who faint and are searching for food in the bins.

The Portuguese Prime Minister Pedro Passos Caolho – a strong proponent of the infamous Troika (IMF, EU and ECB) austerity – promised in 2011 that “two terrible years” would be followed by recovery. But as a result of the extreme austerity, in 2013 Portugal “faces a much deeper and longer recession than the government or international lenders had foreseen” (Financial Times).

The IMF estimated in April that the risk of recession (the economy contracts) in the euro zone was 50 percent. Since then, the ECB president Draghi warned that even France is dragged deeper into the crisis. The EU has given Spain and France two additional years to meet the rule that budget deficits should not exceed three percent of GDP. Under new rules they would otherwise been fined.

In a large survey among capitalists and finance investors in Europe, made by the credit rating company Fitch, a large majority believe this year’s calm in Europe is transient. “Fitch warns in a statement that it [2013] can once again become a summer marked by the euro crisis, just as in 2011 and 2012, since there is a strong contradiction between the recent stock market rally and euro zone recession and rising unemployment.” (From Swedish daily, Dagens Industri).

None of the capitalist institutions have a solution. Many warn that austerity has gone too far, but stil emphasise the need for a balanced budget for the “medium term”.

How quickly the Cyprus crisis threatened to spread shows that EU countries need a banking union, writes the IMF in its report. And before the ECB’s “limitless” capital flow eased the crisis, leading EU politicians like Germany’s Angela Merkel and European Commission President Barrosso put forward the EU needed a much tighter budget policy and synchronisation.

But national interests and conflicts makes especielly German politicians hesitating. The risk, in their view, is that Germany then definitely become the guarantor of banks across Europe.

In parallel with the growing contradictions within the EU member states there is a sharp increase of distrust against the EU itself. In Spain today 72 percent are critical of the EU, against 23 per cent before the crisis. Germany the increase is from 36 to 59 percent.

The crisis has been exploited to push through many of the counter-reforms the capitalists dreamed of. Worse pensions in Italy, easier to fire workers in Spain, pay cuts of 50 per cent in Greece and so on. Now the capitalists increase their pressure on French President Hollande go the same way. He has already abolished the capital gains tax and promised to reduce the cost of unemployment insurance, pensions and municipalities.

At the same time, the political pressure from below is increasing. In a French opinion poll, 70 percent believes a “social explosion” is possible in the coming months.

The IMF in April again lowered its forecast for world economic growth this year to 3.3 percent (though 3.5 in October). World trade is expected to only increase by 3.6 percent this year after 2.5 percent last year.

The index of large corporate purchasing managers in both the EU and Japan is still below 50, indicating that the economy is not growing. But even the index for China is just over 50.

China’s economy – the world’s second-largest, estimated to overtake the U.S. before 2020 – is now slowing sharply. The large stimulus package in 2009, which held up growth through massive investment, is now hitting back with full force. Debts of municipalities and provinces is estimated at between 20 and 40 percent of the country’s GDP. In the first quarter of this year these debts increased twice as fast as in the same period in 2012.

The IMF and politicians in the West are talking about how consumption in China must increase and investment must go down. But lowering the investment share of GDP from the current 50 percent to 30 percent in a position when economic growth will be 6 percent instead of the previous 10 percent “would cause a depression, all on its own”, concludes economics columnist Martin Wolf of the Financial Times. Demand would collapse, with considerable effects on the world economy.

Governments and capitalist classes now places greater pressure on other states. The U.S. wants to see greater demand in Germany and Europe, while European politicians requires that the deficits in the U.S. and Japan are reduced. The budget deficit in Japan this year is near 10 percent of GDP for the fifth consecutive year. Public debt is expected to be 255 percent of GDP in 2018.

The U.S. deficit is five per cent of GDP and the debt is 110 percent. Growth in the US is expected this year to be the highest of the developed capitalist countries, 1.2 percent. But the forecast is uncertain since the automatic cuts, the sequester, will have effect in the latter half of the year.

With the failures of “unorthodox methods” more and more people will realise that there is no solution within the framework of the capitalist system. The resistance from workers and poor will grow, like for example the general strike in Portugal in early March, which was the largest since the revolution in 1974. The task for socialists is to build new workers’ parties with a clear socialist answer to the crisis.

Why YOU Should Oppose the G8

The Palestinians’ struggle: How can a state be realised? 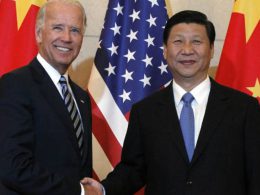