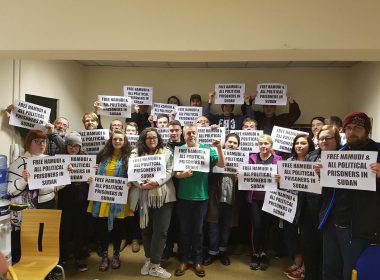 Journalist, trade unionist and LGBT+ rights campaigner Ali Feruz has been released from prison in Russia after a six-month campaign of solidarity. After helping to expose brutality against gay men in Chechnya, which was tolerated by the Russian government, Ali was arrested on bogus grounds and threatened with deportation to Uzbekistan, the country of his birth where he had already suffered horrific torture at the hands of the state for highlighting government corruption. Socialist Alternative in Russia and the Committee for a Workers' International (CWI) – to which the Socialist Party is affiliated – helped organise international protests to demand Ali's freedom. Finally, he has been released and he and his partner have been granted asylum in Germany.
bySocialist Party