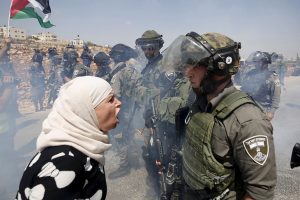 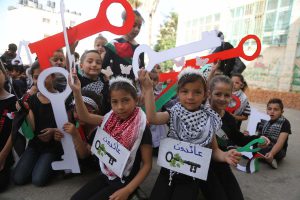 On 30th March this year, Land Day protests took place to commemorate the Palestinian people who were killed on that date in 1976 and demand an end to the siege of Gaza by Israel and Egypt. This was the start of a series of planned protests leading up to the 15th May which aims to see a million march to mark the seventieth anniversary of the Nakba (disaster), the forced expulsion of hundreds of thousands of Palestinians from their homes which laid the basis for the establishment of the Israeli state.