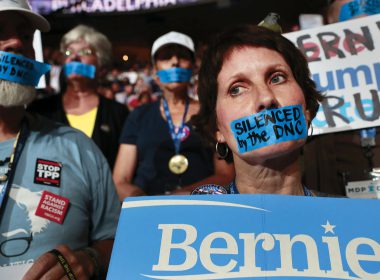 When Trump was elected in 2016, a chorus of establishment Democrats from Hillary Clinton to Barack Obama to Nancy Pelosi urged ordinary Americans to “give him a chance.” Pelosi went as far as to say she “prayed for his success.” While these political leaders were welcoming Trump into the Oval Office, hundreds of thousands of people were taking to the streets in protest of his election.