Bosses from the private sector only interested in making profits, not a quality water service

The We Won’t Pay Campaign has called on the Northern Ireland Executive to intervene and bring the water service fully back into public ownership after a further 300 job losses were announced by the company. 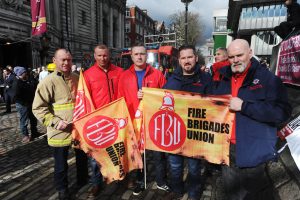 In September 2006 the London Fire and Emergency Planning Authority (LFEPA) acting on guidance from New Labour’s Department of Communities and Local Government stopped paying injury pension to three disabled former London Firefighters who have suffered debilitating injuries in the course of their duties.