4 hours ago
Stormont Embroiled in Crisis: We need a Socialist alternative
4 hours ago
Sudan: Revolutionary struggle can end military rule
1 month ago
Ban petroleum licensing now!
1 month ago
Is this the end of the line for Johnson?
1 month ago
“Stepping stone” to nowhere: 100 years since Anglo-Irish treaty

The planned introduction of household water charges next April looks to be in serious doubt. It seems the parties in the Executive have privately admitted to themselves that they haven’t a hope of making people pay, despite their best efforts to disguise the introduction in some form next year.

The mass opposition to the charges and the support for mass non-payment which has been built by the We Won’t Pay Campaign has not dissipated. In fact with record job losses and falling incomes, the potential for mass non-payment is now greater than ever. It is this fact which has led the Executive parties to realise if they go ahead with their plans to introduce water charges next year, they face almost certain defeat.

The Communication Workers Union Clerical Branch in Northern Ireland has proposed a motion to the annual conference in May to re-nationalise British Telecom. The Socialist spoke to David Bell, proposer of the motion and branch secretary of the CWU NI Clerical Branch. “BT announced last November 10,000 jobs (or 6% […] 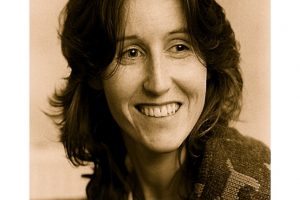 Anti-water charges campaigners reacted to yesterday’s announcement from the Northern Ireland Executive that water charges are to be deferred for another year by calling for water charges to be scrapped rather than delayed.

Gary Mulcahy, speaking on behalf of the We Won’t Pay Campaign explained “It is disappointing that the NI Executive has only announced the deferral of water charges. This means that water bills will be sent to people’s homes in April 2010. People are already struggling to pay the bills with soaring increases in energy costs. Another bill in the form of water charges is not acceptable, especially since we already pay for water through our rates.