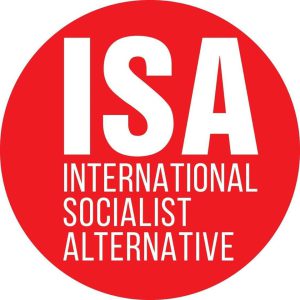 The Socialist Party is a part of International Socialist Alternative (formerly the Committee for a Workers’ International) – a global fighting organization of workers, young people and all those oppressed by capitalism and imperialism. With a presence in over 30 countries on all continents, we fight to advance a working-class alternative across national borders, for a socialist world.

From the US to Brazil, from South Africa to Tunisia and Sudan, from China and Hong Kong to Australia, from Turkey to Israel-Palestine… The ISA’s national sections and supporters are involved in the struggles of working people, youth and the oppressed in workplaces, communities and campuses. We get involved, discuss and put forward initiatives and ideas to help win victories, build up movements and fight for a socialist alternative.

This is not only the era of Trump. It is also an era of resistance and revolution. Trump’s rise to the US presidency triggered there the largest protests in decades. From the ‘Arab Spring’ to Sudan and Algeria, mass movements of workers and youth have toppled dictators. In country after country, masses have fought against the agenda of the capitalist governments and ruling classes, against savage austerity measures, wars, environmental catastrophe, and the oppression faced by women, LGBTQ+ people, oppressed nationalities and ethnic minorities.

Despite important achievements, the absence of political leaderships worthy of those movements has meant that the results have ultimately, so far, been very limited. However, many millions internationally have been searching for an alternative to the traditional pro-capitalist political parties and their failing policies. In several countries, including the most powerful capitalist power, the US, the idea of ‘socialism’ has seen a sharp leap in popularity. 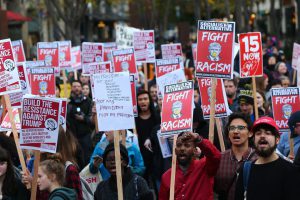 ISA and its national sections are part of the broad movement of the working class and the oppressed internationally. In particular, we stand for the building of internationalist working-class solidarity and struggle in each country and internationally.

The working class in capitalist society remains, due to its position in the capitalist economy, the only decisive potential force which could bring down the rule of capital, and lead the way to reorganize society along modern and genuinely democratic and socialist lines.

ISA is involved in the broader movement as an independent international political force, with its national sections and supporters, committed to the interests of the working class and to socialist change. It is an organization of struggle, built around the living ideas of Marxism and a revolutionary socialist programme.