My joining the Socialist Party was mainly the result of my growing interest in politics.

This began in my early teens when my cousin first introduced me to liberal thought; specifically on issues of secularism, civil rights and individual freedom. It was this that directed me away from the sectarian politics that continues to dominate the political sphere in Northern Ireland. It was when I began my time at high school that I saw first-hand the misconceptions of other communities that at times created outright bigotry from my schoolmates. This seemed completely alien to me and reinforced my anti-sectarian outlook. For a number of years I considered myself fairly pro-market, using claims of capitalism’s “efficiency” and “freedom” along with criticisms of socialism that you would most likely find on the likes of Fox news.

However this was all to change for me while on a trip to Manchester with my dad. My first night on my trip was spent walking the streets of the city seeing happy consumers walking into shops completely oblivious to the homeless people lying helplessly on the ground. Why in a city so full of recent investment were there still people struggling to find a place to sleep never mind a place to work? For me it will always remain an important moment as it sparked a complete change in how I viewed concepts of class, politics and poverty. I immediately began wondering if this idea of “socialism” had some good points.

In the months that followed my political views continued to shift further left from what was once an almost libertarian outlook. I flirted with centre-left parties but quickly realised that the very best they offer is capitalism-lite. I was on my way to Belfast Met one morning when I was handed a flyer saying “Socialism 2012”.

Amazed at the relevance and timing of it, I got myself to the meeting and upon discovering a party that actually strives for a better world free of the exploitation and inequality brought on by the capitalist system, I signed up.

On the 18th August 2014, Belfast lost one of its favourite sons in Colin McQuillan, front man of…
byArchive 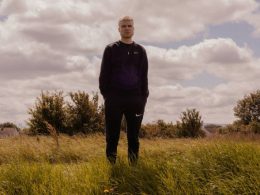 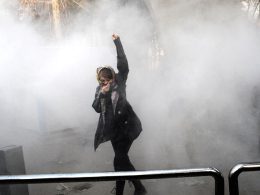