Firstly I must comment on how I thoroughly enjoyed the movie. It’s drama and social content were very hard-hitting. The film would be quite useful for socialists and Marxists because of its portrayal of exploitation under capitalism. The movie highlights well the drama of the main character Sandra who was off work on extended sick leave due to depression. The film goes on to prove that under capitalism, the main objective – regardless of what someone is going through, is the pursuit of profit.

Sandra who has lost her job after management got her work mates to vote to “keep Sandra or get a €1000 bonus” is now faced with life on the dole and the usual hardships that this brings. Money worries, social stigma, losing your home. I have to point out that this situation is all too relevant in every working class city and town today. Again the film highlights the sheer desperation in her plight to convince her colleagues to forfeit their bonus so she can get her job back. The ugly face of capitalism was really shown here as Sandra not only had to fight for her job but also ask her co-workers to give up a bonus they were relying on. In my opinion what we as socialists must take out of the film is the exploitation and negative impact capitalism has on working people’s lives. The capitalist is cunning and continuously wants to see workers in this situation – beholden and precarious. This is seen only too clear through the use of zero hour contracts today for example. It is our duty as socialists to highlight the evils of capitalism and whenever possible raise the consciousness of our class by striving to build a socialism movement in opposition to capitalism. This is just a short summation of the film. I would strongly advice all comrades to go and see the film themselves as for workers to watch it and discuss it afterwards would no doubt lead people to draw their own conclusions about the system we live under. Drawing conclusions is essential if the working class are to change society.

10 days that can shake British capitalism to its foundations 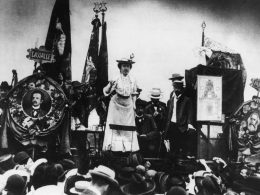 Rosa Luxemburg was a leader of the German working class and revolutionary movement. Together with her comrade Karl…
bySocialist Party 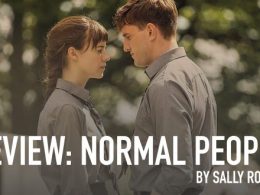 Reviews tend to over-focus on either the micro-detail of the relationship between the two protagonists, or the capital ‘P’ Politics (or lack thereof) in both works.

By Lynn Walsh, Committee for a Workers International Plutocrats wield power and influence by virtue of their wealth.…
byArchive