The UK recently experienced three horrific attacks in Manchester and London. Although devastating, the solidarity amongst Mancunians and Londoners showed the depths of human kindness. However, right-wing groups attempted to hijack innocent deaths to further their intolerant agendas.

The UK recently experienced three horrific attacks in Manchester and London. Although devastating, the solidarity amongst Mancunians and Londoners showed the depths of human kindness. However, right-wing groups attempted to hijack innocent deaths to further their intolerant agendas.

Increased terrorist activity has fuelled Islamophobia, with individuals like Nigel Farage commenting on Fox News that an open border for refugees was partly responsible for these tragedies. The actions of terrorist groups like ISIS don’t represent the vast majority of Muslims, and especially refugees escaping them. Labelling an entire religion terrorists, for the actions of a few barbaric individuals, is unjust.

Furthermore, one attacker was repeatedly reported as a potential threat by the Muslim community, dispelling arguments that they’re responsible. Additionally, such a harsh reaction plays into the perpetrator’s hands. Hate speech and alienating innocent individuals only perpetuate distrust and alienation, potentially winning recruits for violent fundamentalists.

Moreover, we must consider Western intervention in the Middle East and North Africa as a contributing factor to ISIS recruitment. The Iraq war is a clear example of Western intervention contributing to the rise of terrorist groups. Approximately 165,000 Iraqi civilians have died following the US and British invasion, with some estimates much higher. While nothing excuses terrorist outrages, this and other military interventions have created outrage which the extremists are able to feed off. Meanwhile, Western powers have flooded Syria with arms, many of which have ended up in the hands of ISIS-type groups.

We must also consider the hypocrisy of Theresa May in condemning such acts of violence whilst selling arms to the Saudis and other regimes backing fundamentalist forces. She appears to propagate the view that terrorism is fine, so long as it’s not on home soil. Likewise, ruthless Tory cuts on public services have made it harder to deal with the aftermath of attacks, let alone preventing them.

In Belfast, multiple organisations have called on Belfast Book Fair to rescind its invitation to outspoken Islamophobe Douglas Murray to take part in the event, who has called for a complete ban on Muslim immigration. This platform would legitimise Murray’s views in the contest of rising attacks on Muslims across the UK and Ireland.

However, removing his invitation isn’t a solution in and of itself. Commentators like Murray prey on people’s fears, but also and on factors like poverty, the housing crisis and unemployment and encourage people to misdirect their anger towards immigrants and minorities. Fighting racism must be connected to a fight against the rule of the 1%, demanding jobs, homes and a decent life for all. 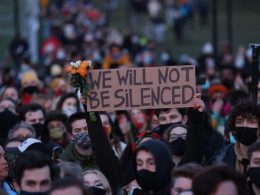 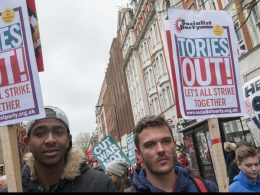