Just like the Catholic Church and the Irish and British States before them, Sinn Féin and the IRA have been exposed for covering up sexual abuse in order to protect its own members and their organisation.

Maíria Cahill bravely decided to go public about her ordeal after hearing about Gerry Adams role in protecting his brother Liam Adams, a convicted child abuser.

Maíria Cahill was not only abused by her rapist, she was also abused by the IRA, Sinn Féin, the PSNI and the British State all of whom in one way or another conspired to silence her. That abuse still continues in the unbelievable denials of how Maíria Cahill was treated by the likes of Gerry Adams, Mary Lou McDonald and Pearse Doherty.

In contrast to Mary Lou McDonald’s claims to the Southern media that she accepts that Maíria Cahill was raped in the North, a Sinn Féin orchestrated campaign of black propaganda has been unleashed in a contemptuous attempt to discredit Maíria Cahill. Seamus Finucane, a senior member of the Republican Movement and one of Maíria’s main inquisitors, shared a Blog penned by “Ruaidri Ua Conchobai”. The blog’s assertion that, “year-long clandestine sexual relations between these two people ignited by a lawful but ‘a few cans of beer’ induced seduction by a silver-tongued, musically talented, IRA-powerful type of charmer whom many a 16 year old would likely fancy… it’s possible but I don’t know, do you?” – is now the theme of this black propaganda campaign doing the rounds in west Belfast and other nationalist areas. In order to defend Sinn Féin and the IRA the “party line” is – Maíria Cahill was not raped; she was involved in a consensual relationship!

This obscene demonisation of a rape victim is because the Sinn Féin leadership has decided that the protection of their party is paramount.
The current approach of the Sinn Féin leadership, which is to continue the cover-up of cases of sexual abuse, is to let these abusers, like Maíria Cahill’s alleged rapist Martin Morris, off the hook and it sends out a message that they are absolved of their crimes.
The “revelations” that the IRA and Sinn Féin “exiled” sexual abusers south of the border mimicked the actions of the Catholic Church who also “solved” the problem of sexual predators by simply moving them on to another parish. How many of these abusers have since reoffended?

The hypocrisy of Sinn Féin politicians including Martin McGuinness who in past called for the resignation of Cardinal Brady and others involved in the cover up heinous abuse is nauseating. So too however is the hypocrisy of Fianna Fail and Fine Gael who are cynically using this issue for political point scoring when they too, in and out of government participated in the cover up of sexual abuse by the Catholic Church.

Gerry Adams and Mary Lou McDonald have emphasised that IRA members were ill equipped to deal with cases of sexual crimes against a backdrop of Catholic communities having no faith in what they termed the “quasi-military police” RUC. There was no faith amongst a majority of Catholics that they would receive fair treatment at the hands of the RUC.

There are also numerous examples of how the security forces and the British State used sexual crimes to blackmail perpetrators and victims into becoming informers and agents. This is shown clearly in the case of Kincora, a state run boys home in east Belfast. William McGrath was the Kincora housemaster and head of the obscure loyalist organisation Tara. He was involved with others in the systematic abuse and rape of young boys by unionist MPs, councillors, and senior Orangemen which was covered up by the RUC and MI5, who used their knowledge of these crimes to manipulate the abusers for their own ends. The British government has allowed only limited investigation into the Kincora scandal in order to protect MI5.

Justice for victims of sexual abuse

How Maíria Cahill was treated and the other victims of sexual crimes by Sinn Féin and the IRA exposes paramilitarism and its methods. The paramilitaries, both republican and loyalist acted as self-appointed guardians of Catholic and Protestant working class communities in Northern Ireland. These unaccountable minorities were the judge, jury and executioner.

In Maíria Cahill’s case the IRA intervened without even being asked and proceeded to engage in a systematic campaign of intimidation of the victim over many months which culminated in Maíria being grilled in a flat in west Belfast by her rapist. The purpose of the IRA investigation was neither to get to the truth nor to attain justice for the victim – it was to intimidate Maíria Cahill into withdrawing her statement, to shut her up in order to protect the IRA and Sinn Féin.

The BBC Northern Ireland Spotlight documentary also exposed the role of the PSNI, the Public Prosecution Service of Northern Ireland and senior British politicians, like Shaun Woodward, a former Secretary of State for Northern Ireland. They obstructed or tried to influence the legal action against Maíria Cahill’s rapist and inquisitors in order to “protect” the peace process.

The Socialist Party believes that these “historic cases” of child abuse and sexual crimes should be investigated with prosecutions brought against the perpetrators of the sexual crimes and those accused of covering up and assisting the abusers. 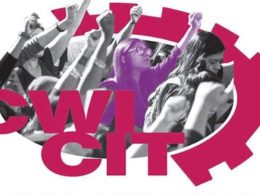 When the twenty first century dawned young women in the US and much of Europe were being told that equality was within their grasp. They didn’t need feminism because capitalism was offering a glittering future based on growing prosperity and gender equality. Today that illusion lies in ruins.
bySocialist Party
Read More

In the final campaign fortnight, the polls for the Scottish independence referendum are tightening, with support for independence…
byArchive 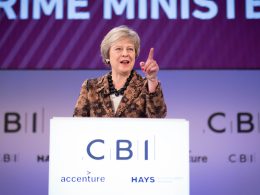 On March 29th 2019 the United Kingdom is scheduled to leave the European Union. For seventeen months the British government and the EU negotiators have been struggling to reach a legally binding “withdrawal agreement” to govern the terms of UK withdrawal, including the “divorce bill” or the sum the UK pays to settle its obligations to the EU, and a “political declaration” outlining the basic shape of a final deal after further negotiations.
bySocialist Party
17 shares
17
0
0