It was only a matter of time before the Corona pandemic reached the Gaza Strip. The military blockade initially stalled the penetration of the virus onto the strip, but now it threatens to make the crisis severely worse. On 21st March the first infected cases were confirmed and, at the time of writing, there are now just over 10 confirmed cases in the strip. However, this low figure is in large due to a very low number of testings, and it’s almost certain that the actual figure is significantly higher.

Although since the 6th March, the schools have been shut as in the Palestinian Authority enclaves in the occupied West Bank, nevertheless, extensive measures to shut down the economy and mosques, and promote wide-scale isolation measures were only taken after the first cases were confirmed, and now it’s clear to all that there’s a serious danger of COVID-19 spreading.

Over two million people live in the Gaza Strip, in conditions of unbearable overcrowding, with half the population living below the poverty line, and about 90% of households not having access to clean water. The sewage treatment infrastructures don’t function and there’s also a vast shortage of disinfecting alcohol.

With only 45–70 intensive care beds, just 60–120 medical ventilators, a shortage of medical staff and of 45% of necessary medicines in ‘normal’ times — the health system in the strip will collapse rapidly if and when mass morbidity occurs. With the siege on-going, the Netanyahu regime limits the delivery of medicines, advanced medical equipment and replacement parts, as well as restricting the travel of doctors even if for professional training. With electricity limited to a few hours every day, hospitals in the strip rely on private donations to buy fuel for generators to be able to continue functioning!

Only one lab in the strip is running tests for the Coronavirus (SARS-CoV-2), and the lack of test kits is also worrying. So far, less than 1,000 tests have been completed, accounting for about 0.05% of the population. The UN has supplied 1,000 testing kits and Israel another 200 to the strip. China has sent another 10,000 kits to the Palestinian Authority, but it’s unclear yet how many of those will reach Gaza, and how. These numbers are nowhere near sufficient to map those infected to prevent a rapid spread.

Alongside the fear arising from a collapse of the health system, the Corona crisis worsens further the already severe economic crisis that exists in the Gaza strip. Raed Shikshak, a literature student from Gaza, related his experience on the Hebrew language website BorderGone.com about what the expected economic repercussions of the crisis will be, when youth unemployment has already rocketed to 70%: “The Corona will also destroy my family. My older brothers will stop working. And like most people in this place, we don’t have any savings. Not to mention that because of the Israeli blockade, which destroyed the economy, our government won’t be able to provide extensive compensations and aid to the unemployed as the US and European governments plan”.

Due to the shortage in hospitals and clinics, and as part of the effort to prevent infections, a field hospital has been set up in Rafah, and the UNRWA schools (UN aid agency for Palestinian refugees) have been converted to clinics for respiratory patients who might be tested positive. “The school library has been turned into a pharmacy, classrooms into rooms for medical examination and treatment”, was how the situation was described to Al Monitor by `Amer Joda, who waited in a queue for treatment with his son in one of the improvised clinics. In parallel, UNRWA has begun to supply food aid to families in need with home deliveries.

Faced with the shortage in basic equipment, a production line for alcogel has been quickly established, and textile factories have been converted to produce protective robes for medical staff. Apart from that, the Clothing factory ‘Unipal 2000’ has switched to produce 20,000 face masks a day — all of which are exported to Israel every few days and then sold on the private market via Israeli businessmen, despite the fact that the local Hamas administration has demanded that all exports should be avoided until local needs to deal with the disease are supplied. However, according to the owner of the factory, against the background of the crisis, “people are looking where they can make money. Many of them [Israeli businessmen] turned to this direction and are ordering the masks from us” (ynet, 1 April). Owner of another textile factory was cited by Xinhua News Agency claiming that “Israeli companies sent us the cloth to produce medical masks for them. They need millions of masks, and we want to produce three million masks”.

In other words, businessmen are looking for an opportunity to squeeze profits from the urgent need of medical staff and millions of residents for masks, and at the same time, the profit motive that drives the owners of the textile factories means that the urgent needs of the strip residents are not being addressed.

On both sides of the Green Line, the situation demands that the production of all necessary equipment to fight the disease should be in public hands, not aimed at making profit, and under the democratic supervision of the workers, doctors’ and nurses’ organizations. Profiteering in masks, while even hospitals are dealing with shortages, must be banned.

Production of medical ventilators, not more bombs
The capitalist governments in Israel which deprived the Israeli health system of resources are also responsible for the siege policy that is suffocating the residents of Gaza strip, which, amongst other things has gravely harmed its health system and any preparations made to fight the pandemic spreading across borders.

Given the fear that a scenario in which the number of ventilated patients in the strip will be much higher than the number of available ventilators will develop, ynet cited a high Israeli official saying “Israel will not take in Corona patients from the Gaza strip. We won’t import Corona”. Other establishment sources have been quoted saying that more testing kits and equipment will be delivered at a later stage, because there’s concern among the Israeli establishment that the repercussions of a fierce morbidity crisis in the strip could get out of control. For now, infections are expected to rise exponentially, and mass morbidity may occur within a pretty short space of time.

The right-wing Israeli regime preferred to invest billions in developing more lethal weapons for the sake of “managing the conflict”, rather than in life-saving medical equipment such as ventilators and intensive care beds. If the virus spreads to the extent that there are shortages of ventilators simultaneously in Israel and the occupied Palestinian territories, there’s a clear danger that the Israeli government would even attempt to prevent delivering ventilators to the Gaza strip on the pretext that this would be at the expense of ventilators for Israeli hospitals.

Now, when the virus is already here, production lines in Israel, including in the weapons industry, must be converted immediately for the rapid and mass production of ventilators and other necessary medical equipment to satisfy the needs on both sides of the Green Line. The Israeli government has already been pushed to convert production in a satellite and missile factory of Israel Aerospace Industries for the production of ventilators. In order to address the overall medical needs, whole factories should be converted, extensively, and under democratic public supervision, including by workers of the health system.

To prevent a catastrophe, all restrictions on the delivery of medical equipment to the strip must be abolished, as well as the restrictions on gasoline, building materials, food and goods in general in order to enable the residents to prepare in the best possible way to cope with the Coronavirus threat.

In the recent parliamentary election held on 2 March, as in the previous one in September, Netanyahu repeated during the campaign his threat of another war on Gaza, a “Mother of All Operations” — meaning, another war with Palestinians killed by the thousands, many dead Israelis, massive destruction and a further deterioration in the national conflict. Even with the Corona crisis already in full swing, the last weeks have seen more cases of Israeli bombings in the strip, as well as of the indiscriminate firing of projectiles into Israel by right-wing armed organizations in the strip.

Hamas leader in the strip, Yahya Sinwar, appealed, in an interview to the Al-Aqsa channel, to the Israeli Defense Minister saying, “I will say to [the minister] Naftali Bennet, that if we find that Corona patients in the Gaza strip cannot breath, we’ll cut the breathing of 6 million Zionists and we’ll take anything we’d want from you as a [mafia] ‘protection’”. Sinwar, similarly to Netanyahu, is turning to threatening jingoist rhetoric in order to divert attention from the incapability of a right-wing and pro-capitalist administration to genuinely address the most basic concerns of ordinary people.

The basic interests of working and poor people on both sides of the national divide and the fence include the need to guarantee an effective fight against the pandemic, the protection of life in dignity in this time, and the prevention of any military escalation. Viruses recognize no borders and COVID-19 is a global epidemic. Cross-border solidarity is vital for the doctors‘, nurses’ and workers’ organizations in order to guarantee an effective fight against the problem. A genuine, effective fight can only occur on an equal basis.

Workers’ organizations, medical staff, and community organizations of ordinary people are capable and should intervene and lead an effective struggle against the crisis, including with demands for mass testing, the full supply of medical equipment and means of disinfection and protection against the virus; the prevention of wage deductions and a guarantee of a level of income that allows life in dignity for all during this crisis; the democratic supervision on enforcement measures; and full sharing of resources and information among the health systems.

Especially now, in order to get through this Corona crisis with as few victims as possible on both sides of the fence, we must fight together, ordinary people, Jews and Arabs, Israelis and Palestinians.

The doctors‘, nurses’ and workers’ organizations in general in Israel should work in tight collaboration with their Palestinian counterparts and demand the Israeli government allow the delivery of all necessary equipment to Gaza residents and the removal of restrictions on goods, as part of a struggle for a working people’s alternative to a reality of ’divide and rule’, occupation, siege and bloody conflict. 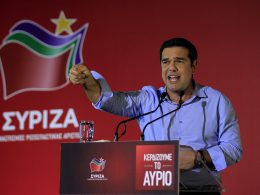 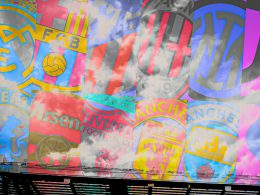