While the vaccination process is underway in many advanced capitalist countries, production and distribution problems have plagued the rollout. Big-pharma giants – backed by the US, UK and EU – will make billions off the publicly funded vaccines through price-gouging poor countries and refusing to drop their patents.

Poor countries being left behind

At the same time, the advanced capitalist countries have hoarded enough vaccine orders to immunise their populations many times over. The result is that many countries in Asia, Africa and Latin America are at the back of the queue. 90% of those in the poorest countries won’t get a single jab this year and it is estimated it could be up to 6 years before the world reaches 75% immunity.

Such a situation means that vulnerable people and healthcare workers in many countries will go without vaccinations for the foreseeable future, continuing the pandemic, causing further unnecessary death and suffering, and creating a petri dish for new and dangerous variants to develop. This “vaccine nationalism” is the logic of a system based on private property and the division of the world into rival nation-states, as each ruling class tries desperately to be the first to return their economies to “normal” profit-making ahead of their rivals.

The rise of inter-imperialist tensions have also led to the imposition of export controls by states to stop the flow of vaccines out of their borders. Export controls have now been invoked by India, following the EU’s decision to prevent distribution of AstraZeneca vaccines produced in the bloc to non-member states as a result of “manufacturing problems”. The EU also threatened to invoke Article 16 of the Northern Ireland protocol to prevent vaccines being sent to the UK through the North, although it was forced to rapidly retreat from this.

Capitalism, with its short-term focus on profits, has no real plan for dealing with this crisis, and is completely incapable of taking the coordinated, international action needed to end this pandemic. What is needed is a plan for the mass production of vaccines, the retooling of factories and the re-training of workers to this end, with the aim of fully vaccinating the entire world as soon as possible. This means immediately waiving all patent and “intellectual property” protections on the Covid vaccines and bringing Pfizer, Moderna, AstraZeneca, and all of big pharma into democratic public ownership.

In a socialist society, the massive supply chains of companies like Amazon would also be brought into democratic control, allowing them to be used for public good, not profit. This would enable us to combine their vast resources and technology and rapidly scale up producing and distributing the vaccines around the world. 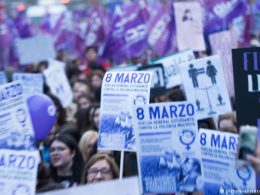 International Women’s Day this year must be a massive protest, bringing together working-class people, activist groups and trade unions to win the right to choose. A united, cross-community and organised movement of women, workers and all the oppressed can not only challenge and repeal backward laws, but fight to transform society. 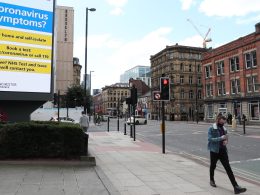 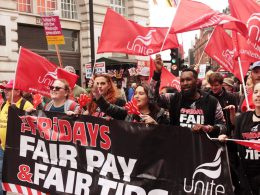 In the midst of the Covid-19 crisis, the announcement by employers in the hospitality sector of thousands of lay-offs has thrown the futures of these workers into uncertainty. 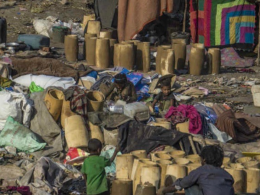