The 52% vote to leave the European Union in the recent referendum was a political earthquake, the shockwaves of which will be widespread and long-lasting. It represents a blow to the interests of the ruling class in Britain, Europe and the United States, who have invested decades of political capital […]

Six Reasons to Vote ‘Leave’ In the establishment media, the EU referendum has been reduced to a clash between different wings of the Tory party. It’s Cameron vs Johnson, they say – two old Etonians. Many working class people are no doubt worried about the prospect of leaving the EU […]

For decades, elections in Northern Ireland have been little more than a sectarian headcount. In terms of its overall result, the upcoming Assembly election on May 5th is likely to be much the same. However, there are signs that a growing layer of people are seeking to use the election […] 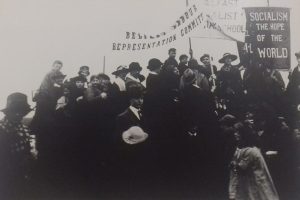