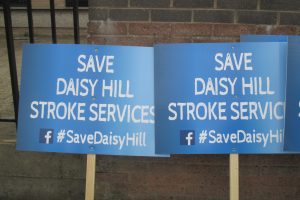 Education Authority CEO Gavin Boyd threatened to impose charges of between £50 and £200 per child for transport to school. The imposition of charges from September 2017 would devastate low-income households. It’s another regressive stealth tax on working-class households. It is also an anti-rural policy affecting those living outside town […]

The introduction of ‘welfare reform’ will create uncertainty and hardship for many people living in Northern Ireland. There is already evidence of deaths, including suicides, as a result of benefits sanctions in England where welfare reform has already been implemented. 2,380 people died between 2011 and 2014 shortly after being […]

By Donal O’Cofaigh Rural communities across Northern Ireland face losing their local doctors’ surgery in the next few years. The problem is severe in the Portadown area but Fermanagh has been identified by the British Medical Association as being the most heavily hit of any part of the UK, with only […]