Thatcher’s brutal prisons regime
Reprint articles by Tony Saunois and Peter Hadden and introduction (Socialism Today, May 2011 issue)
Today, 5 May, marks the 30th anniversary of the death of Bobby Sands, one of seven Irish Republican Army (Provisional IRA) hunger strikers who, along with three Irish National Liberation Army (INLA) prisoners, undertook a hunger strike to the death in the then infamous H-block prison in Northern Ireland. These prisoners were protesting about the repression and conditions in the jail, and demanded political status. Margaret Thatcher and her Tory Westminster government refused to make any concessions to the prisoners.
May 5, 2011 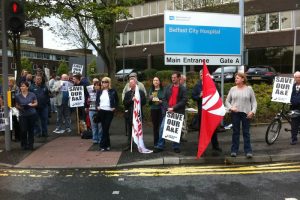