Young and precarious workers across Britain and Ireland are getting organised. Small but successful campaigns – such as the McDonald’s strike, #Betterthanzero in Scotland and Unite the Union’s Fair Hospitality initiative – have begun to rebuild a fighting trade union consciousness among young people which had been lost by decades of inaction by the majority of union leaderships. 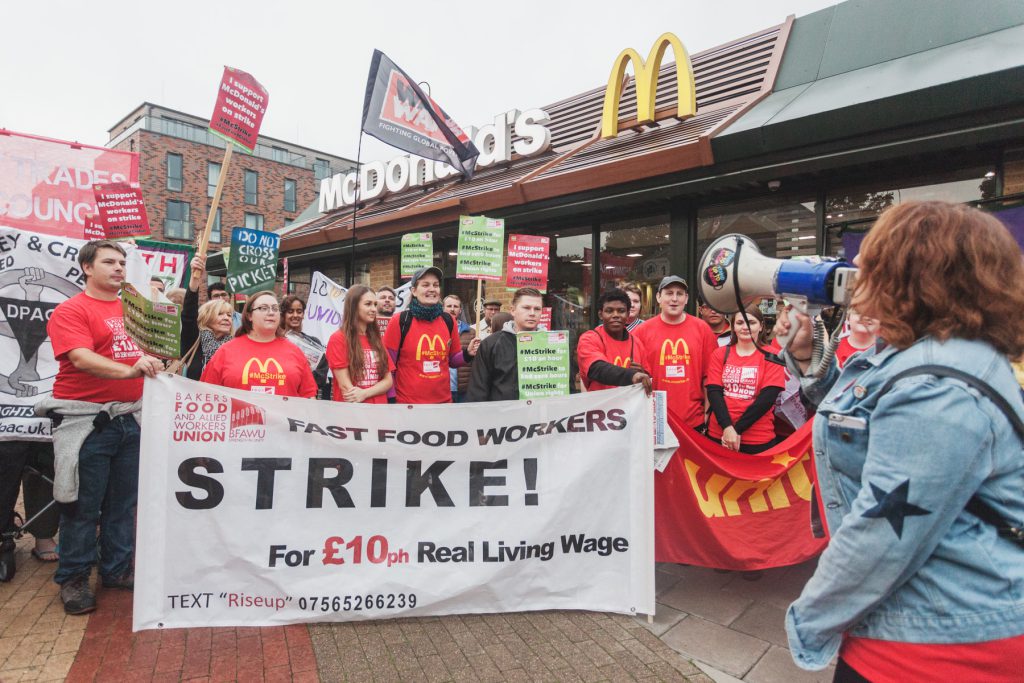 Young and precarious workers across Britain and Ireland are getting organised. Small but successful campaigns – such as the McDonald’s strike, #Betterthanzero in Scotland and Unite the Union’s Fair Hospitality initiative – have begun to rebuild a fighting trade union consciousness among young people which had been lost by decades of inaction by the majority of union leaderships.

Less than a year ago, points about the need to fight for better pay and conditions would have fallen on deaf ears in my own workplace. A £10 minimum wage was seen as unrealistic and banning zero-hour contracts was a good idea but “not gonna happen”. Now, this has changed in the context of workers increasingly winning disputes and a new political confidence reflecting the impact of Corbyn’s support for these policies.

Workers face huge challenges in organising because of the conditions in hospitality. The mass implementation of zero-hour contracts mean sacking staff is all too easy for bosses. A director of Boojum, a chain of burrito bars, told one employee: “Anyone in a union will be gone within a month.” In face of this, workers have continued to organise in Boojum. The very threat of a union entering the workplace has already forced management to make concessions, such as promising to end the practice of ‘burn-books’ – used instead of proper disciplinary procedures – and a guarantee that unpaid hours spent cleaning would be backpaid. There is clearly more than can be won in this campaign, and when news of this small victory spreads amongst hospitality workers in Belfast, it will certainly inspire more to get organised.

Hospitality is our fourth largest industry, worth more than £60 billion a year – yet workers are constantly pushed to do more work for less pay. Basic demands for proper paid breaks, a real living wage, minimum-hour contracts and union rights barely dent the bosses’ profits, yet they are determined to squeeze every penny out of their workers. It is becoming clear to most workers that the industry cannot go on like this and that by joining a union and actively organising, we can win. 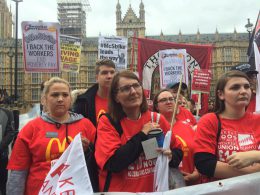 The Socialist Party is shocked and deeply saddened to hear of the death of Bob Crow, general secretary…
byArchive
Read More