Thursday, 4 August was a black day on world stock exchanges.

In New York, the Dow Jones index fell by 4.3 per cent and the Nasdaq index closed down 5.3 per cent “and all the gains that have occurred since year end were deleted to zero” (as the financial website E24 said, 5 August). “It was an outright massacre,” said John Richard, head of strategy at RBS Global Banking & Markets, to the Wall Street Journal about yesterday’s events.

Also, European stock markets fell during Thursday: the main British stock index plummeted by 3.2 per cent while the German Dax index fell by 3.5 per cent. The collapse continued on Friday in Asia. By the time Asian markets closed, the Tokyo Stock Exchange’s Nikkei 225 index had fallen by 3.7 per cent and Hong Kong’s Stock Exchange by 4.6 per cent.

The collapse in stock markets represents clouds piling up in the global economy’s sky. Firstly, the U.S. economy is stagnating and the huge cuts that are following the deal between the Democrats and Republicans in Congress to raise the debt ceiling threaten to strangle an already weak recovery.

“What was unthinkable six months ago, the U.S. running the risk of falling into recession in 2012, is a thought that more and more now consider. It is this insight that makes the entire ground shake,” Businessweek wrote on 5 August.

Secondly, the debt crisis is deepening. The EU leaders had hoped that the crisis settlement in July – new loans to Greece, reduced interest rates on emergency loans and longer maturities, and some debt relief for Greece – would give some respite. But these measures have not calmed the financial markets.

On the contrary, the so-called market has become even more convinced that the debtor countries are approaching national bankruptcy and default. Meanwhile, the debt crisis has become more acute in Italy and Spain. In parallel is the Cypriot economy collapsing due to its banking exposure to Greek debts, the demand for cuts from big business and the aftershocks of the devastating explosion (11 July) which destroyed a weapons depot and took out the country’s energy supply. This in turn has led to the country’s government resigning.

The whole euro project is in turmoil. Even Swedish economics professor Lars Calmfors, who as recently as spring 2010 pleaded for Sweden to join the European Monetary Union and switch to the euro, now believes that “the crisis-affected countries need to make large debt reductions or go to national bankruptcy” (Dagens Nyheter, Stockholm 5 August).

“European countries’ recent grand agreement on a ’solution’ to the Greek crisis, which also was supposed to prevent the continued spread [of contagion] within the system, is not two weeks old before the cracks in the building are being felt. And now it’s the supporting structures that have ended up on the slide. It’s all about the monetary union’s third and fourth largest economies, Italy and Spain, whose debt is so large that the decided support funds, the already in place and reinforced temporary EFSF, (European Financial Stability Fund) and the permanent (to be introduced from 2013) ESM (European Stability Mechanism), in total 700 billion euro, can’t handle them,” as E24 wrote on 2 August.

Thirdly, a new banking crisis is beginning. Several large European banks have reported losses and banks will not lend to each other. Credit has tightened and the world’s central banks are again forced to pump billions of dollars to sustain its lending activities, reminiscent of the situation in 2008-09.

Fourthly, there is the growing concern that China is about to slow down after an unbridled expansion of credit built up a huge debt mountain, creating unstoppable bubbles and overheating inflation.

Add to that, global industrial production seems to have passed its zenith while the contradictions of the capitalist powers have been strengthened and all are trying to save their own house first, resulting in currency wars and attempts to let competitors pay for problems at home. Most signs point toward a new serious global crisis.

New crisis summits are to be expected this weekend to try to stitch together some kind of package before stock markets open again on Monday. Germany’s Chancellor Angela Merkel has interrupted her vacation for a telephone summit today with French President Nicolas Sarkozy.

Governments and central banks could be forced to implement new incentives and provide new emergency loans. However, all arrangements are temporary and followed by new crises. And, governments have fewer reserves than they did in 2008-2009. Today’s debt crisis follows in spite of measures that governments had to take then to avoid, if possible, total economic collapse and a new depression.

Not even the central banks’ intervention including, for the first time since March, the European Central Bank joining in and buying government securities could halt Thursday’s slide. This in itself reflects the whole week. “The world economy has taken a nasty turn” said the Independent, London, 4 August.

It may well be that the summer of 2011 marks a new serious turning point downward in the global capitalist development curve. How fast and how deep a new downturn cannot be predicted. But it is clear that what has already happened has helped to sharpen the political and social crises and the weakening of the capitalist establishment.

“Confidence in government finance and support packages is crumbling. Then, when the people’s confidence in banks and the financial system is lost, the situation is really, really serious,” warned E24’s Per Lindvall on 5 August. The last few days of stock market unrest and accelerating crisis illustrate capitalism’s chronic instability.

KICK THE BNP OUT

The BNP is operating from a secret office in Dundonald in Belfast. Located at a business park this ‘call-centre’, as they describe it, is used to recruit people. They also use it to distribute their far-right propaganda and spout their racist rhetoric around the Britain.
The BNP has recently made an electoral breakthrough by winning two seats in the recent European elections in England. In recent years the BNP have relied on using far-right populism, and have tried to disguise their fascist past. It would be a mistake to confuse the protest vote the BNP are receiving (as a result of the lack of a genuine mass socialist alternative) with a shift in support for fascism. But it would also be a mistake not to recognise the BNP have been strengthened by these electoral victories.

Four Socialist Party members were disciplined by Unison on trumped-up charges of racism, after producing a leaflet…
byArchive 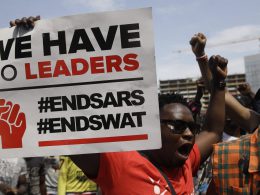 THE FACTS - The CBI have called for:
£1.1 billion-worth of cuts to devastate our public services
Closing of 450 schools
Cuts to the child benefit and winter fuel allowance