THE LOWEST paid staff in the Northern Ireland Civil Service (NICS) are angry and frustrated that more than a year after the Assembly First Minister Peter Robinson publicly admitted that they had been discriminated against for decades, they are still waiting for the money they are owed. Some continue to be underpaid by as much as £5,000 per year.    Their fury has led them to take matters into their own hands and a template letter to MLAs has spread like wildfire. They have organised meetings with political parties and one of those directly led to a debate in the Assembly and the passing of a motion which called on Nigel Dodds to ensure that staff receive the money they are owed within three months. The DUP amendment which sought to remove the three month deadline was withdrawn when it was clear there was no justification for the delay.

Despite this, senior managers in the Civil Service are continuing to drag their feet. They have now initiated an unnecessary review in the hope that they can weasel out of paying what is owed.

Although Industrial Tribunal cases have been lodged, the critical question is whether or not the civil servants’ union, NIPSA, can achieve their members’ full entitlement through negotiation. If the cases were heard at tribunal, civil servants could be awarded an immediate uplift in their salary and six years back pay as compensation. Union members must not be asked to settle for anything less than that.

NICS managers have tried to argue that it would be too costly to give members their full entitlement and they claim the money just isn’t there. This is nonsense. There is no shortage of millions for the botched HRConnect contract which is going to cost the public more in overspend alone than has been set aside to honour equal pay commitments.

There is no doubt, however, that the NICS will seek to have the issue settled on the cheap. In all probability, if their tactic on the review doesn’t work, they will approach low paid and cash-strapped civil servants with an offer to settle and give up their rights to an uplift of their salary. The offer will be designed to tempt those who are earning little more than minimum wage to accept a lump sum payment as a buy out of their full entitlement. NIPSA must not allow that to happen.

The Civil Service Executive, which is the union body responsible for leading the fight on equal pay, must be prepared to deliver a real campaign now and industrial action down the line if the three month deadline set by the Assembly is not met by the Civil Service.

A campaign group to tackle youth unemployment has demanded an apology from Reg Empey, the Minster for Employment & Learning, after comments he made to the Belfast Telegraph yesterday that young people who are unemployed are like vampires.

Repression and criminalisation of struggle is not socialism!

Last Thursday night, 2 September, 8 comrades of the “National Committee against the criminalisation of social protest and for the liberation of social and revolutionary activists”, were arrested by the state forces of the ‘Bolivarian National Guard’ 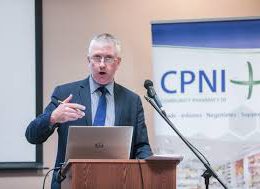 The proposal to close fifteen libraries in the Belfast area has been met with strong opposition. Hazel Gilliland, who has been campaigning against the closures in Ballymacarrett told the The Socialist that, "the proposals would have a devastating effect. There are no facilities left in the community. Children will grow up without local access to books and the elderly will lose an important place to relax and enjoy a good book."