Over 500 Tshwane workers, mineworkers’ delegates, trade union and community activists packed Lucas Van Den Bergh Community Hall in Pretoria for the launch of the Workers & Socialist Party today. The hall could not accommodate the turnout and attendees over-spilled onto the neighbouring field.

The launch surpassed all expectations. It is without a doubt that WASP is striking a chord with working class people. Today’s launch will have worried many in the establishment – the ANC and their partners in government, the Cosatu leadership and big business. A new power is rising. The working class are getting organised and they are preparing a mighty challenge to the status quo. The ideas of socialism are being re-embraced.

We reject outright the corruption of pro-capitalist politicians and political parties.

All WASP candidates for publicly elected positions – whether councillors, MPLs or MPs – are elected subject to the right of immediate recall.

For workers’ representatives on workers’ wages. All officials elected on the basis of the WASP manifesto will only take the wage of an average skilled worker. The remainder will be donated back to WASP.

WASP will now prepare for its next phase of development. WASP will shortly announce a date for convening of a conference to establish democratic structures, a leadership and flesh out its manifesto. There are many other fronts WASP plans to open up: a campaign to re-call corrupt councillors, taking up the issue of labour broking, the collection of one million signatures in support of WASP, and preparing the ground for a general strike should the mine bosses and government dare to enact mass retrenchments in the mining industry.

In scrambling to avoid a break-up of the eurozone, the approach of the elites in Europe has been characterised by two common themes 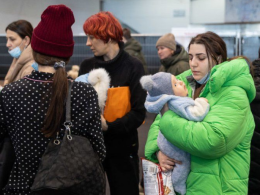 New wave of arrests of activists CWI Reporters, Tunis On Saturday, 21 September, in the Lafayette neighbourhood in…
byArchive