The run-up to the US mid-term elections saw Trump ramp up his blatantly misogynistic, LGBTQ+-phobic, and xenophobic agenda to a new and horrific level, even for him. This was an attempt to drive turnout of his base and has acted to have a deeply polarising effect on US society. The run-up to the US mid-term elections saw Trump ramp up his blatantly misogynistic, LGBTQ+-phobic, and xenophobic agenda to a new and horrific level, even for him. This was an attempt to drive turnout of his base and has acted to have a deeply polarising effect on US society.

The mid-terms saw a limited “blue wave” and an overall rejection of Trump by the electorate. Republicans were relieved, while many workers and youth were disappointed, that the outcome wasn’t more decisive, with the Democrats securing control of the House of Representatives but not the Senate.

A number of left and progressive candidates emerged from within the Democrats, reflecting the intense desire of millions to push back against the agenda of the right and big business. A number of self-described socialists won seats in Congress, including Alexandria Ocasio-Cortez and Rashida Tlaib, by putting forward bold, pro-working class demands like Medicare-for-All, rent control, a $15 minimum wage and abolishing tuition fees. Ocasio-Cortez is the youngest ever woman elected, while Tlaib is one of the first Muslim women to enter Congress.

Despite these successes, a vicious and reactionary regime is still in place in Washington. Workers and the oppressed cannot wait until 2020 to fight it, as the Democratic establishment would like. The past year pointed to the potential for constructing a movement to take on Trump, with enormous mobilisations of women, a fightback against Trump’s attacks on trans-people, student walkouts against gun violence and the highest number of strikes in nearly 20 years, including victorious teachers’ strikes in states with voted for Trump in 2016.

This movement needs a political expression. Trump’s election reflected a desire for a break with the status quo, represented by the likes of Hillary Clinton, and a radical, left alternative is needed to really defeat the reactionary politics he personifies. The growing support for socialism and the election of the likes of Ocasio-Cortez are extremely positive developments.

If this movement for change is channelled through the Democratic Party, however, it will ultimately come up against a brick wall in the form of the inherently pro-capitalist party machine and establishment. Isolated socialist representatives like Ocasio-Cortez can quickly come under pressure to adapt to the prevailing consensus.

Instead, an independent party of the working class and oppressed, rooted in struggle, is needed to challenge the pro-corporate consensus. The success of Socialist Alternative (our US sister organisation) and its Seattle councillor Kshama Sawant in successfully leading battles for a $15 minimum wage, rent control and other important measures for the working class gives a glimpse of what could be possible on that basis. 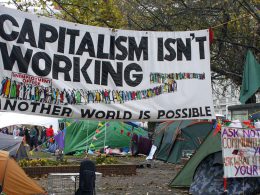 Global Economy: With Capitalism in Unprecedented Crisis, Socialism is the Answer

The pillars of capitalist rule such as the IMF, World Bank and EU are announcing extraordinary economic measures to deal with the economic and social consequences of the Covid-19 crisis that will affect the balance of class forces and struggle and vice versa. 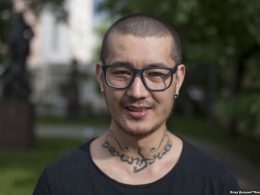