Western powers stand opposed to the the Assad regime in Syria, but not for its crimes against the Syrian people: they have no fundamental objection to the brutal Saudi regime, for example. Assad is allied to their rivals Russia and Iran and represents a barrier to their domination of the region.

Western powers stand opposed to the the Assad regime in Syria, but not for its crimes against the Syrian people: they have no fundamental objection to the brutal Saudi regime, for example. Assad is allied to their rivals Russia and Iran and represents a barrier to their domination of the region.

Shortly after the horrific chemical attack at Khan Shaykhun killed more than 80 people, Western powers quickly named Assad as the perpetrator, although many believe it was more likely carried out by anti-Assad forces.

The attack was shortly followed by Trump’s decision to launch an airstrike on the Shayrat airbase, carried out on the pretense of challenging Assad’s brutality. Boris Johnson’s remarks advocating extra-parliamentary military aid for Trump suggest an eagerness to intervene on behalf of the Tories: “if the US [proposes] some sort of action in response to a chemical weapons attack … it would be very difficult to say no.” (Independent, 27/04/17).

The Shayrat airstrike served a dual purpose for Trump. On one hand, it aimed to further US interests in Syria; on the other, it was a demonstrative flexing of US muscle – a warning antagonistic forces, in particular Russia and China.

Tensions are mounting between China and the US over domination of south-east Asia. In recent months, this has been expressed in sabre-rattling over North Korea. The despotic Kim regime – propped up by China – continues to develop its missile capabilities. The Trump administration has responded provocatively by ramping up its military presence in South Korea. There exists of the possibility of a horrific conflict, not about human rights, but about prestige and power.

The suffering inflicted in tandem on the Syrian people by warring oppressors – the imperialist US and Russia and their proxies, Islamist terrorists, and Assad – is immense. Likewise, the repressive Kim regime must be challenged and unseated. But none of these contending forces are capable of lifting the burden of poverty and repression from the 99% – they can only increase it. Workers in the US, China and Russia similarly stand to gain nothing from these imperialist conquests; their respective ruling classes seek to further empower themselves and the system that created these conflicts to begin with, while offering foreign wars as distractions from their inability to meet the needs and demands of workers at home.

All moves towards imperialist conflict must be resisted by the re-building of a mass anti-war movement. However, war is inherent in the capitalism system, based as it is on the incessant drive for profit and power between competing elites. To consign war to the dustbin of history forever requires a struggle for a socialist future based on international solidarity, where society’s wealth is instead used in a democratic way to provide a decent life for all

Activists should be freed and allowed return immediately

Israeli Ambassador should be expelled 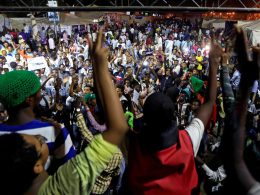