Review: The People Want To Overthrow The System

This book delves into the revolutionary and counter-revolutionary processes that unfolded in Tunisia between 2010 and 2013. Gérôme, a leading ISA member who was on the ground during much of these events, explains and analyses the various factors that led up to the revolution, its character and what lessons to draw from it. Gerome’s first hand experience adds much to the book, although he steers clear of a personal anecdotal recount.

The People Want To Overthrow The System
By Cedric Gérôme
Published by International Socialist Alternative, 2021

This book delves into the revolutionary and counter-revolutionary processes that unfolded in Tunisia between 2010 and 2013. Gérôme, a leading ISA member who was on the ground during much of these events, explains and analyses the various factors that led up to the revolution, its character and what lessons to draw from it. Gerome’s first hand experience adds much to the book, although he steers clear of a personal anecdotal recount.

The trigger for the revolution was the self immolation of Mohamed Bouazizi, a street vendor who had his goods confiscated by police, but, Gérôme argues, this wasn’t the sole cause. The important tinder that made the revolutionary flame was years of repression and poor conditions faced by the Tunisian masses. The dictator Ben Ali had been president of Tunisia since 1987 when he led a coup against his predecessor, Bourguiba. He presided over the neo-liberalization of Tunisia’s economy, which resulted in his extended families controlling around 40% of the economy. In several governorates the rate of illiteracy was 50%, Tunisian youth were unemployed at three times the national average, elections were systematically fixed and people could not talk openly about politics.

The Tunisian masses were putting forward demands to end the dictatorship. However, as Gérôme outlines: “this was not only a revolution against authoritarian rule, but also one against unemployment, starvation wages, the lack of medical facilities, the obscene gap between the poor and the luxurious lifestyle of the corrupt cabal ruling the country”.

The revolution toppled Ben Ali after 27 days, however, the masses weren’t done there. Capitalists and counter-revolutionaries quickly scrambled to get a hold of the situation and Mohammed Ghannouchi, Ben Ali’s Prime Minister, formed a ‘National Unity’ government. This formation had eight members of the previous government, all of whom were members of Ben Ali’s party Rassemblement Constitutionnel Démocratique (RCD). The true nature of this government was easy to see, and as Gerome notes: “Right from the night of Ben Ali’s departure, there were continuous protests outside the Interior Ministry in Tunis and in many other regions, calling for Ghannouchi’s immediate resignation and the ousting of all supporters of the RCD and the old regime from the government.”

Even after a cabinet reshuffle, “They demanded the resignation of Ghannouchi’s government” and a “democratic election of a Constituent Assembly.” Following the fall of Ghannouchi, Beji Caid Essebsi, “a political dinosaur” but a skillful politician who was part of the old regime but not in the inner circle was hand picked by the ruling class to head the provisional government.

Gérôme argues that for the different forces on the left, a revolution is “a litmus test of their aptitude to respond to the challenges of the hour”. In Tunisia, “neighbourhood committees, defence committees, revolutionary committees for the protection of the revolution” had been set up. The determination of the masses to continue was there, however the leadership, which should’ve come from the left, was not. The mainstream ‘left’ were in bed with Ben Ali for years and could not be trusted at all.

The biggest real left forces, the Parti Communiste des Ouvriers de Tunisie (PCOT) and the Democratic Patriot Movement (‘Al Watad’) adhered to the narrow minded ‘revolutions by stages’ approach. For this reason they could not be trusted to be the leaders who pointed a way forward, as their approach “went entirely against the lived experience of the unfolding revolutionary and counter-revolutionary struggle taking place on the ground”.

The PCOT, ‘Al Watad’ and the ostensibly Trotskyist Ligue de la Gauche Ouvrière (LGO) formed the 14th January Front. A principled party of the working class fighting for a continuation of the revolution past the fall of Ben Ali and adhering to the wishes of the Tunisian masses would’ve been a huge development. Gérôme looks at the opportunities posed and the unfortunate failure to seize the opportunities to build such a force.

The Popular Front formed in 2012 in advance of the new elections was a chance for the left to revive itself, but, “The Popular Front leaders’ betrayal of the summer 2013 and their flirtation with Nidaa Tounes totally side-tracked the development of a mass, independent political alternative articulating on a national scale the interests of the labour movement, small farmers and revolutionary youth, and challenging the fake binary choice on offer”. Now in Tunisia, capitalism has taken a firm hold and despite the obvious victories of free elections and freedom of political expression, “70 Tunisian billionaires have accumulated a fortune equivalent to 37 times the national state budget” and “according to UGTT figures, working families have lost 40 percent of their purchasing power since Ben Ali’s departure.“

Gérôme also details how the failures of the left to provide a political alternative, which allowed the vacuum to be filled by political Islam with the likes of the Ennahda, who took power after the first elections after Ben Ali, and the even more reactionary ideas of Salafism.
Despite the failures of the left in the last ten years the Tunisian masses are fed up with a rigged system, and now we have seen new protests against police brutality and unemployment. An anti-party mood has emerged and “young people are greatly disaffected from political parties, none of which have matched their dreams and aspirations”, however that does not discredit the need for a revolutionary party, rather it clarifies the fact that a revolutionary party must be built on principled lines which offer a true alternative to the oppressive capitalist system. As the last few paragraphs of this inspiring and informative book put it: “this tumultuous process is crying out for a genuine political expression, a mass party that would, to use Lenin’s expression, ‘concentrate all these drops and streamlets of popular resentment and combine them into a single gigantic torrent.’”

The End of Growth? The capitalist economy & ecological crisis 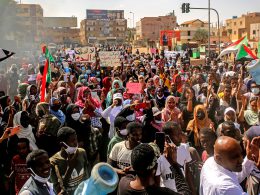 President Amdala Hamdok, the face of the civilian component of a military-run government in Sudan, who has falsely promised to guide the country's “transition to democracy”, resigned on 2 January. He claims the ongoing political stalemate between the civilian and military components of the government since the military coup of October 25, 2021, led to his decision.
bySocialist Party 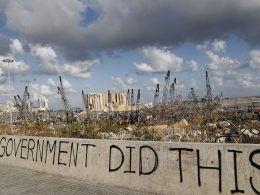 The US 2010 midterm elections were the third “wave election” since 2006. They revealed the deepening instability of the two-party system and U.S. capitalism. The shallow analysis of Fox News and most media pundits is that the sweeping Republican victory and gains for Tea Party candidates demonstrates a swing to the right by the American people and a rejection of Obama’s “left-wing” agenda.