“We are inspired to continue the fight in the mines which continue to resist our united action.”

After six weeks of defiant strike action in the teeth of violent attacks by police acting on behalf of the mining bosses, when over 40 miners were killed, the Marikana platinum miners have won a significant 22% pay increase and a R2,000 payment for loss of earnings from mine owners, Lonmin.

Members of the Democratic Socialist Movement (CWI South Africa) have played an important role in the miners’ struggle, in particular, through the adoption of the demand for an industry-wide general strike.

South African capitalists are fuming in the news media, complaining that the pay concession will lead to “contagion” throughout the rest of the mining industry.

The following statement was issued by Rustenburg Joint Strike Coordinating Committee on 19 September:

“The Rustenburg Joint Strike Coordinating Committee sees the settlement between the Lonmin management and strike committee as an important victory not just for the Lonmin workers but for the general strike without which the employer would not have come to the table.

“We are inspired to continue the fight in the mines which continue to resist our united action.

Lonmin’s agreement to a 22% adjustment to wages, which means Rock Drill Operators’ basic wages are up to R11,078, plus a one-off “bonus” of R2,000, constitutes a victory on its own when workers across the economy have been forced to accept effective wage cuts through below-inflation increases.

But most important is the fact that the Lonmin bosses had to recognise the workers’ power to organise themselves independently of them and their stooges.

The framework of negotiations above the heads and behind the backs of us has been torn down.

The concession that has been won has come at a very high price – 44 dead, many more injured, arrested, tortured and harassed.

The settlement can never make up for the loss of the comrades who were murdered by the government in defence of the mining bosses or hide the true colours of the state that were exposed with the massacre on 16 August – the first state of emergency since the apartheid days.

The only way we can begin to give them justice is by moving the struggle they spearheaded onto a higher level – we cannot continue dying fighting for crumbs.

We therefore remain determined to spread the Rustenburg-wide general strike in demand of a R12,500 living wage.

The strike is growing stronger in nearly all Rustenburg mine operations – Anglo Platinum, the world’s biggest platinum producer, Impala Platinum (second biggest), Samancor and Xstrata workers have now been joined in strike action by the workers of Royal Bafokeng’s Rasimune mine as well as by organised communities.

A very small minority of workers was back at the shafts Anglo tried to reopen yesterday [18 September].

We call on workers and communities across the country to join us and take the struggle for a better life into their own hands.

We continue to be shot at, harassed and intimidated by the police and army that have been sent to Rustenburg.

We urge Cosatu [Confederation of South African Trade Unions] delegates at their ongoing national congress to remember that ’an injury to one is an injury to all’, to support our action unconditionally and to call a general strike for a R12,500 living wage and for an end to the shooting of workers.

We also call on workers and communities from throughout the country to join us in a march to Union Buildings, Pretoria on Saturday 29 September to demand justice for the comrades killed, national living wage of R12,500, the ending of the state of emergency, for a workers’ and communities’ independent investigation into the Marikana massacre, the re-employment of all workers unfairly dismissed from the mines, nationalisation of the mines under democratic control of workers and communities, to allow for decent housing, clean running water, electricity, sanitation, roads and quality education and work for all.”

“I had to challenge the Tories Welfare Reform” 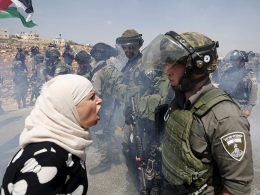 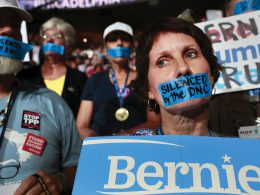