Icons of New Labour, like Blairites James Purnell and Lord Adonis, cozied up to the Kazakh dictatorship’s PR firm at an exclusive dinner in London in June to help promote the western reputation of the country where a union leader was was found recently, where opposition supporters and protesting oil workers are being beaten, shot and imprisoned, and where a human rights lawyer remains on trial without jury on bogus charges.

Blair’s lackeys are far from breaking a trend; Prezident Narusultan Nazarbayev has reportedly paid the man himself £13m for his services. The PR firm itself ‘Portland Communications’ founded by Tim Allan, a former media adviser to Blair, recently recruited arch-Blairite Alastair Campbell.

Meanwhile, Takhir Mukhamedzyanov, who organized a visit to Karaganda by Socialist Party TD Joe Higgins at the genesis of the Socialist Movement Kazakhstan and went on to be a founding member of the movement and of the Zhanartu trade union, was found dead in his flat in Karaganda by worried friends and collegues on June 5th after receiving death threats and enduring a “warning” attack in 2010 that saw the garage of his family home blown up.

Elsewhere armed Kazakh police fired on striking oil workers last December at a peaceful protest in Zhanaozan. Now 37 workers and supporters have been put on trial by the regime for “organising and participating in mass unrest”.

Human rights lawyer Vadim Kuramshin, still on trial on bizarre charges while exposing corruption in local authorities, has had the jury in his trial dismissed by the trial judge without reason.

‘Campaign Kazakhstan’, a website coordinating worldwide condemnation of the regime is calling for international protests demanding an end to the farcical court case and the dropping of all charges against Vadim Kuramshin and running an email campaign defending the Zhanartu leaders. Sign the petitions and consider donating at campaignkazakhstan.org 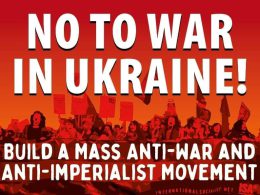 The killing of 108 people near the Syrian town of Houla shocked and appalled people everywhere. Particularly abhorrent was the cold-blooded murder of 49 children, many of them shot at close range. The sectarian tensions fuelled by this barbaric act raise the terrible spectre of a slide towards broader conflict and all-out civil war. As always, working people and the poor will suffer the most.
byArchive 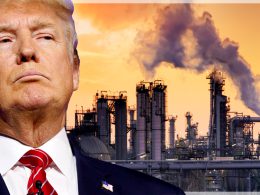