On stock markets Japanese company shares have climbed in recent weeks; even shares in Tepco, which owns Fukushima’s stricken nuclear plant.
However, this rally is likely to be temporary and due to Japan’s central bank flooding the economy with money, rather than signifying an end to the country’s ‘two lost decades’ of economic stagnation as Carl Simmonds of Kokusai Rentai (CWI, Japan) explains.

On 4 April the new governor of the Bank of Japan, Haruhiko Kuroda, took the world of finance completely by surprise when he launched an unprecedented stimulus package cash injection.

He announced the government would increase purchases of government bonds by ¥50 trillion ($520 billion) a year.

To put this into perspective, when adjusted for GDP (total output) size this is twice as large as the US Federal Reserve’s stimulus package.

Kuroda’s move has been cautiously welcomed by the heads of both the International Monetary Fund (IMF) and Japanese bosses’ organisation – the Keidanren.

But there is a broader recognition by the more sober representatives of capitalism of what an extremely risky strategy the Japanese government has embarked upon.

As little as six months ago, Keidanren representatives were warning of the dangers of this policy, defending the independence of the Bank of Japan and orthodox financial policies.

What lies behind this stunning reversal of policy? Desperate times call for desperate measures as the adage goes.

What was originally described as the “lost decade” of low growth and deflation has since become the “lost 20 years”.

By some measures, prices have fallen by as much as 17% since 1997. For most of that time, the value of the Nikkei stock market index has stood at less than a third of the value it hit at the height of the economic boom.

For the last 20 years almost every instrument of capitalist economic policy has been tried by a succession of conservative governments.

The monetarist policy of ‘qualitative easing’, in normal language, cutting interest rates to the present low levels, has done little to lift the economy. ‘Keynesian’ attempts to use government expenditure on infrastructure and fiscal deficits to spend their way out of low growth were tried extensively up until 1997 and brought little relief.

From 1992 until 2008 there were no less than 18 stimulus packages estimated at ¥205 trillion. Still these policies failed to bring back the high growth era.

This policy was then thrown into reverse and we have seen the disastrous austerity policies pursued by successive governments and in particular that of former PM Yoshihiko Noda, increasing sales tax in a period of stagnation.

The failure of these policies to boost growth led to the return to power of the Liberal Democratic Party (LDP) led by the right-wing nationalist Abe.

“Abenomics”, as it has been dubbed by its critics, could be likened to gambling the family silver on the roulette table.

Confronted by the complete failure of the predominant schools of capitalist economic doctrine to explain the present situation and provide policies to end the stagnation, Abe in ecumenical fashion, proposes, on an unprecedented scale, to adopt all of their ‘solutions’ simultaneously in a desperate rush for growth.

These policies include a 2% increase in fiscal spending – mainly on repairing and expanding infrastructure, a doubling of the money supply (Kuroda’s package) and a target of 2% inflation.

Abe is hoping that this increase in the money supply will lead to a fall in real interest rates and encourage companies and individuals to start spending.

The threat of inflation means that if they don’t, the real value of their assets will fall. He is also hoping that this will lead to a fall in the value of the yen and boost exports by Japanese companies. What are the prospects for the success of his policies?
Prospects

With the election of the Abe government, the value of the Yen has declined by 27% over the last six months, though this has so far failed to do much to reverse the trade deficit.

With most of Japan’s nuclear power plants lying idle in the aftermath of the Fukushima disaster, the yen’s fall has simply added to the cost of increased imports of fossil fuels.

It is likely to take time before it filters through to boost exports. And there is also the likelihood that a fall in the yen will lead to devaluations by Japan’s competitors.

‘Abenomics’ has, however, led to a recovery of the stock market with the Nikkei index finally passing the 10,000 mark.

The short-term boost to the economy will probably be enough to ensure Abe’s victory in the upper-house elections in July and allow Abe to push ahead with his policy of constitutional revision.

Will the measures be enough to pull the Japanese economy out of its period of stagnation?

Firstly, the present situation is not due to Japanese banks and corporations being short of cash to invest.

Overall, corporate Japan has an excess of savings. Seeing a market that cannot support expansion of production, they have chosen to pay off interest-bearing debts rather than make the productive investments necessary for capitalism to achieve equilibrium. Where they have invested, it has often been to shift production overseas.

This situation seems to be understood by Abe; at a recent meeting of the cabinet’s Council on Economic and Fiscal Policy he even went as far as to exhort employers to boost wages.

A similar idea has also been suggested by the economist, Noriko Hama. However, under capitalism these calls are completely utopian. Why would Japanese capitalists voluntarily accept a reduction in profits?

It is by no means certain that even a stimulus of this size will achieve the target of 2% inflation. As Marx pointed out, if money circulates more slowly, then even a dramatic increase in money supply is not going to achieve an increase in demand.

In the USA ‘money velocity’ has fallen to a 60-year low, and there is evidence that it is at historic lows in Japan too.

Even if it were to succeed in pushing up prices, the new policy would be more likely to create a new bubble in the financial markets, rather than promote productive investment.

Hitting the inflation target would not necessarily spell the end of the troubles. As billionaire investor George Soros put it: “What Japan is doing is actually quite dangerous because they are doing it after 25 years of just simply accumulating deficits and not getting the economy going.”
Highest debt

That this has not led to a Greek-style crisis is due to the fact that most of the debt is owed to Japanese lenders rather than foreign financial institutions.

Interest on debt is currently 25% of government expenditure. Should interest rates rise with the development of inflation, this could be the trigger for a debt crisis.

If inflation were to push interest rates up to as little as 2.8% then payments on the debt would equal total government revenue.

Abe’s gamble appears to be a long shot. It is a risky strategy that would not normally be contemplated by the sober representatives of Japanese capital.

However, these are not normal times and to continue with previous policies also carries with it major risks.

One thing is clear, a collapse of these policies will prove disastrous for the living standards of the people of Japan and in particular the Japanese working class.

The Japanese ruling class fear above all the social explosions that economic collapse would bring. There will be no return to the relative social stability of the past.

Unison leader 'gets it wrong' over action on pay 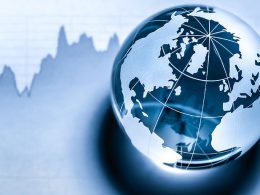 World Economy: Where is the Recovery Going?

There is much to say about the so-called “post-pandemic” economic rebound. The figures look impressive, but warnings are manifold. New heights in inequality between rich and poor are pouring petrol on existing social tensions, and producing new ones. Spiraling food prices are provoking further social explosions. Capitalism’s disastrously slow, uneven and inefficient vaccine rollout leads to more contagious and vaccine-resistant brands of the virus. Inflationary pressures could force central banks to tighten monetary policy and plunge the economy back into recession. Moreover, there are the many challenges which already existed before the pandemic and have become bigger, more imminent, and more urgent: ecological tipping points, the new Cold War, the accumulation of debt, lack of investment in productive capacity etc.
bySocialist Party

“Earth-shattering consequences” in the US and internationally An interview with Kshama Sawant. Sarah Wrack, from The Socialist (weekly…
byArchive
Read More

Mass intervention of working class to struggle for socialist policies is vital Interview with Andros Payiatsos, from Xekinima…
byArchive