“A strong SAV strengthens the left in DIE LINKE”

DIE LINKE (Left Party) MP for Lower Saxony, Heidrun Dittrich, has joined Sozialistische Alternative (SAV), the CWI’s German section. This follows a period of intense cooperation inside the party and its left current, the “Anti-capitalist Left“. This is her statement:

Why I am joining the SAV

In view of the mass movements on almost all continents, the current lack of an alternative in the minds of many people and the disappointment with the neo-liberal parties, the building of strong socialist forces is decisive to show a way out of the crisis of capitalism. Otherwise pro-capitalist or even fascist groups can use the existing disappointment, progressive movements can turn into civil wars like in Syria or the military can take power like in Egypt. Such developments can only be prevented if the working class on an international scale and as an independent force fights for an alternative.

I decided to join Sozialistische Alternative (SAV), because I think that an international Marxist organisation which stands for such a perspective is needed.

For half of my life I have considered myself a marxist and I have been fighting together with colleagues, trade unionists and unemployed for an alternative to war, poverty and wage slavery. This is why I joined the trade union when I was 16 and became active in my workplace. Five years ago I joined DIE LINKE, because a strong socialist party which stands for an alternative to capitalism is necessary. In 2009 I was elected into the Bundestag for our party on its election list in the federal state of Lower Saxony. I am of the opinion that our work inside parliament should first and foremost be used, as Rosa Luxemburg wrote more than hundred years ago, to expose the hypocrisy of the bourgeois parties, to propagate our political alternative, spread the demands of extra-parliamentary movements and strengthen the resistance locally. I was always opposed to viewing parliamentary positions as an end in itself.

I am also active in the Anti-capitalist Left (AKL) to help build a rank-and-file left wing in the party which can win majorities for anti-capitalist and socialist policies. In the party and in the AKL I have met comrades from SAV, who are also members of DIE LINKE. Through working together for a period of months I could see that my ideas and the ideas of SAV about a combative, democratic and socialist LINKE are similar.

Just like the comrades from SAV I don’t think that the present crisis is just a crisis of the financial markets, but is a systemic crisis of capitalism. This crisis cannot be solved through a redistribution of wealth, because the driving force of capitalism is the maximisation of profit. Therefore a solution can only be found through the socialisation of the means of production and an ecological-social planning in a socialist society. Our task is, starting from the day-to-day problems of the people, to show a socialist way out and build a bridge to a socialist alternative.

The rulers always say there is no alternative to capitalism. But the worldwide destruction of the environment, wars and the dramatic worsening of living conditions for millions of people, means for me that no other conclusion can be drawn but the fight for a socialist society – otherwise capitalism will destroy the civilising necessities of life. We have to strive to formulate our proposals in a concrete not abstract way. Starting with the fights against low wages, lay-offs, social cuts, for a shorter working week without loss of pay and with the creation of new jobs, for state-financed investment programmes in education, health, social services etc. it is necessary to link this to anti-capitalist ideas and to make clear that lasting improvements are only possible on the basis of overcoming the capitalist profit economy.

To change social relations in a fundamental way we need to win the majority in society. This is only possible through stimulating self-activity as through this more and more people will come into conflict with the system. This will not be achieved through parliamentary coalitions with bourgeois parties like SPD and Greens.

SAV members fight inside DIE LINKE against an adaptation towards SPD and Greens. A strong SAV strengthens the left in DIE LINKE and helps to prevent a further shift to the right along the lines of the “Democratic Socialist Forum” (FDS, a right-wing current in the party). SAV comrades combine daily activities to develop resistance and countervailing power through building DIE LINKE, the party’s youth wing and trade unions with the idea of a socialist transformation of society. In the coming general election campaign I will together with other SAV members and the whole party fight for a strongest possible re-entry of DIE LINKE into the Bundestag. Strengthening SAV and building DIE LINKE are no contradiction.

I was particularly impressed of the activities of SAV members at the Charité hospital in building the trade union group there, where exemplary trade union campaigns have been developed. I had the opportunity to meet members of the Committee for a Workers’ International (CWI) at an international gathering and see a real international and socialist association. Especially the role of the comrades from the Democratic Socialist Movement (DSM) in the miners’ strikes and the building of a new workers’ party in South Africa and the battle of Xekinima for the unity of the Greek left on a clear socialist basis, are examples of how the socialist left should approach its tasks.

As an MP I have always donated high amounts for the extra-parliamentary movements. The SAV proposes that all MP’s should only take an average skilled workers’ wage in order to make sure that no one becomes an MP out of selfish interests and because it is important not to be privileged in comparison to the people you represent. Therefore I decided to take 2,400 Euros from my monthly income as an MP for my subsistence, orientated at my wage which I received before I became an MP, and donate everything above for social movements and political projects.

The euro-crisis and the class struggle 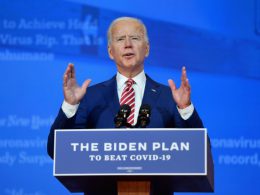 Joe Biden has entered the White House. On top of the economic crisis is a terribly mishandled pandemic caused by environmental degradation that threatens our way of life. Biden’s first 100 days will be high stakes. 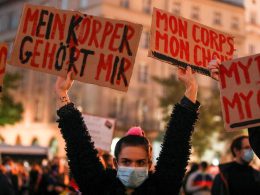 Following last Thursday’s ruling of the Constitutional Court that abortion in the case of foetal defects is unconstitutional, protests and mass demonstrations have swept the country, gaining in numbers each day.