On Tuesday 11 August the Chinese central bank PBOC (People’s Bank of China) jolted global markets with the announcement of a devaluation of the yuan – by the widest margin for 21 years under its controlled exchange rate regime. The decision effectively marks China’s entry into the global currency war, a form of economic protectionism involving beggar-thy-neighbour devaluations by governments as they attempt to gain trade advantages at each other’s expense and shake off deflation or falling prices, which locks economies into a low or zero growth mode. “China’s decision to devalue the renminbi [as the yuan is also known] is a big one, not just in terms of its potential implications but in magnitude,” commented the Financial Times.

While the PBOC’s initial move, a depreciation of 2 percent, is modest by global norms and is a “one-off” adjustment according to its own statement, it represents a major policy zigzag by the Chinese one-party dictatorship. “This shows how desperate the government is over the state of the economy,” said Fraser Howie, co-author of the book Red Capitalism, dealing with China’s banking system. The economy has sunk to its weakest growth in a quarter century with official GDP growth of 7 percent, but in reality much lower. As recently as March this year, China’s premier Li Keqiang ruled out currency devaluation in a Financial Times interview. Several top officials have said the same thing more recently. This underlines the sharpness of the regime’s u-turn. During the Asian crisis of the late 1990s, Beijing was praised by US and international capitalism for its decision not to devalue the yuan under heavy pressure. Similarly, even when the global capitalist crisis struck in 2008, while slowing the yuan’s rate of appreciation against the dollar, the Chinese regime did not devalue. This places today’s decision in its historical context.

In recent weeks, the dictatorship has been throwing unprecedented financial resources at the stock market to try to arrest a two month long implosion in share prices. By some estimates the stock market ‘rescue’ has cost US$1.6 trillion over the past eight weeks. Today’s devaluation suggests the regime may have realised that its attempts to regenerate a stock market boom are doomed to failure and that another type of ‘medicine’ is needed to prevent recession and the threat of a financial meltdown. The linkage between recent stock market turmoil and devaluation was also made by Jamil Anderlini writing in the Financial Times: “Last month’s bursting of a year-long equity market bubble and the government’s scramble to prop up stocks further unnerved China’s leaders and appear to have convinced them to break the longstanding taboo of devaluation.”

The BBC’s economics editors, Robert Peston, said the devaluation, “will have global ramifications, in the short, medium and long-ish term.” Beijing’s move, by effectively “exporting deflation” will pile pressure upon the US Federal Reserve to think again, as it mulls its first increase in interest rates for a decade, argues Peston. Increased deflationary pressures make it harder for governments to tighten credit, through higher lending rates, because this risks strangling any economic recovery. The New York Times warns that China’s move “could raise geopolitical tensions and weigh on growth elsewhere.”

China’s economy has slid deeper into deflation this year, with this process likely to be reinforced by the spectacular collapse of its share price bubble in June-July. This has seen almost US$4trillion wiped off the value of Chinese stock markets. Recent data suggests the regime’s desperate attempt to shore up the stock market has re-routed huge amounts of credit that should have gone into the real economy. By signaling what is likely to be the beginning of a ‘gradual’ devaluation of the yuan, the central bank relieves some of the pressure upon itself because maintaining the yuan’s value against the dollar under the previous policy has required massive and costly intervention.

China’s producer price inflation – the price at the factory gate – has been negative for an unbroken 40 months and fell by an annual rate of 5.4 percent in the most recent data for July. This is severely squeezing company profits and making it harder for China’s heavily indebted companies and local government investment vehicles to pay off their debts. Consumer price inflation was just 1.6 percent in July, but this is largely due to a surge in pork prices. If food prices are taken out of the equation then even consumer inflation is now negative (i.e. deflation).

‘To complete the gloomy picture, trade data last week showed further deterioration, with July’s exports plunging 8.3 percent on an annual basis. The sharp rise in the yuan against most currencies except the dollar, has taken a big toll on exports to the European Union, China’s main trading partner, and its fourth largest trading partner Japan. China’s exports to the EU shrank by 2.5 percent in the first seven months of 2015 from a year earlier, while exports to Japan dropped 10.5 percent over the same period.

The attempt to shift the deflationary burden onto others is the logic of the currency war, which has been raging at varying levels of intensity throughout the crisis period of the last eight years. In this context, China has merely adopted the maxim “if you can’t beat them, join them.”

Nevertheless this represents a sharp departure for Xi Jinping’s regime which previously aimed, at considerable economic cost, to preserve a ‘stable’ currency in pursuit of its global ambitions. These ambitions range from internationalising the yuan (getting more financial companies and central banks to use the yuan) which is a strategic goal as the Chinese regime seeks to wield greater economic clout overseas, to the more immediate concern that a depreciating yuan will increase capital flight from China. Tom Orlik, chief Asia economist at Bloomberg Intelligence, estimates that every 1 percentage point drop in the yuan against the dollar triggers about $40 billion in outflows from China. “The risk is that depreciation triggers capital flight, dealing a blow to the stability of China’s financial system,” Orlik warns.

The impact of the devaluation announcement was immediate with currencies and commodity prices falling around Asia on increased anxiety over the state of the world’s second largest economy, which is also the largest contributor to global growth rates. Commodities, which are priced in dollars, were hit by the US currency’s rise off the back of the Chinese devaluation. Stock markets also suffered falls worldwide.

Following China’s move, the Thai baht slid 0.7 percent against the US dollar and the Singapore dollar fell 1.2 percent representing their lowest levels for six and five years, respectively. The Philippine peso also fell to its weakest level in five years, while Indonesia’s rupiah and Malaysia’s ringgit hit their weakest levels against the dollar since the Asian crisis of 1998.

Asian currencies have been amongst the hardest hit this year as massive amounts of speculative capital which poured into the region following the Wall Street-led global crisis of 2008, due to record low US interest rates and ‘quantitative easing’, now head for the exits and into the ‘security’ of a rising US dollar and widely anticipated increases in US interest rates. The Australian dollar, which is traded as a proxy for China’s currency due to the interdependence of the two economies, also fell on Tuesday. “Every commodity-based currency is now under pressure as well, because they’ve just lost some revenue on that devaluation,” a forex dealer told the Sydney Morning Herald.

Race to the bottom

The PBOC claims today’s devaluation is a one-off adjustment and “not a sign that the yuan will enter a depreciation trend,” as PBOC chief economist Ma Jun assured Caixin magazine. But this stance has, rightly, met with widespread skepticism. The Chinese central bank claims its readjustment makes the exchange rate more ‘market based’, which is the cleverest way to present the policy shift and shield it against accusations – from the US Congress for example – of unfair manipulation. In reality the PBOC knows that by reducing its daily interventions to support the yuan, the currency will come under downward pressure from ‘market forces’ as confidence in the Chinese economy falters. This suggests that today’s policy change is precisely the start of a “depreciation trend” which will increase currency pressures globally.

“It’s hard to believe this will be a one-off adjustment,” said Stephen Roach, a senior fellow at Yale University and former non-executive chairman for Morgan Stanley in Asia. “In a weak global economy, it will take a lot more than a 1.9 percent devaluation to jump-start sagging Chinese exports. That raises the distinct possibility of a new and increasingly destabilising skirmish in the ever-widening global currency war. The race to the bottom just became a good deal more treacherous,” Roach told Bloomberg News.

These shifts underline the serious crisis that engulfs global capitalism. Each national ruling elite pays lip service to ‘international solutions’ while ruthlessly pursuing national policies that are increasingly protectionist in character. Each ‘solution’ of the capitalists can at best only postpone an aggrievement of the situation, and invariably creates new and more serious problems. This is also the experience in China as the ‘solutions’ of Xi Jinping’s government – a variant of neoliberal economics – have exacerbated the economic crisis and created a debt explosion. The only real solution is to bury capitalism, by reorganising society on socialist lines.

Greece and the latest phase of the EU crisis 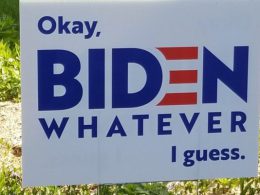 Imperialism’s harvest of death and destruction By Niall Mulholland, “To ravage, to slaughter, to usurp under false titles,…
byArchive