Mass demos demand to end the government’s link to the Troika and to refuse to follow its dictats.

After months of ‘calm’ the capitalist debt crisis has resurfaced over the banking meltdown in Cyprus, sending financial markets into a spin. EU ministers and the newly elected right-wing Greek Cypriot president have demanded that small savers, ie Cypriot workers, pay €billions for a banking bailout.

But angry workers in Cyprus are refusing to accept these capitalist dictats, with Cypriot CWI members helping to organise mass protests outside parliament. Already, the government is making concessions.

The Socialist, paper of the Socialist Party (CWI England & Wales), spoke with Athina Kariati about what it requires to solve the crisis in the interests of the working class.
Who is responsible for the current financial crisis?

The European financial crisis is now at its sharpest here in Cyprus. The capitalist class is responsible for this crisis.

The economy in Cyprus was in relatively good shape compared to other EU countries but over the last 18 months the crisis in the banking sector has meant that the country is now facing bankruptcy.

The main problem is that the Cypriot banks invested in Greek bonds in order to make quick profits but because of the ‘haircut’ which Greek bondholders had to take this caused a massive problem of liquidity and the small economy of Cyprus has been unable to recapitalise the banks.

It is clear that the crisis is the fault of the banks not the public sector workers or the general population.

As part of the EU bailout the Cyprus government, headed by president Nicos Anastasiades, is attempting to make savers pay for the bank debt.

What has been the response of people to this imposed levy?

The response has been immediate. In recent years there hasn’t been many demonstrations, however, because the EU is demanding that small depositors pay for the bank bailouts, there were two demos yesterday (Monday 18th) with 1,000 people gathering outside parliament opposed to this EU ‘haircut’.

People are very angry and frustrated. There have been incidents of farmers going into the banks with their tractors demanding their money! Long lines of people queued outside the banks, which are closed and will not reopen until Thursday.

Today there will be another mass demo outside parliament with growing calls from people to end the government’s link to the Troika [the European Central Bank, EU and International Monetary Fund] and refuse to follow its dictats. People rightly suspect that if they accept a haircut today then who is to say that the Troika won’t demand a further haircut tomorrow?

Will the government be forced to back down? What do you think is likely to happen next?

That’s a very big question! The government has already understood that the agreement they made with the EU officials cannot be easily implemented. For that reason it has delayed the convening of parliament to debate the crisis. They are trying to find a way to pass legislation but all the parties of the ruling class are divided. There is no guarantee that the legislation will be approved. However, from the standpoint of the working class it is clear that the government will try to pass some amended legislation to make it seem less painful. But we cannot trust these capitalist politicians to protect the interests of small savers.

Moreover, even if some amended legislation is voted through parliament, in only three months’ time we will be back to square one because that is when the EU will stop financing the banks. So every three months new cuts to our living standards will be demanded.

Also, there is the additional problem of Russian capital deposited in Cypriot banks. So even if the government and EU agree the terms of a bank bailout the banks will still face collapse because the Russian oligarchs will remove their capital funds from Cyprus.

What does the CWI in Cyprus propose to end this crisis?

We are completely opposed to the Troika’s and government demands to make working class people pay for this crisis.

Because the crisis is clearly centred on the banking sector we call for the nationalisation of the banking system under democratic workers’ control. We say: refuse to pay the ‘debt’. That means both the government’s existing debt and the new €17 billion debt they are demanding the Cypriot people pay.

We also say nationalise those industries which are failing due to the economic crisis. Stop tax evasion so that we can find the money to finance government services.

To implement these measures will require building a strong socialist opposition and a new left government, one that (unlike the last left-leaning government) does not try and manage the crisis-ridden capitalist system.

Millions of ordinary people internationally routinely spied upon by state agencies By Robert Bechert, Committee for a Workers’…
byArchive 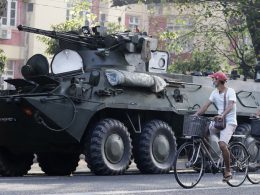 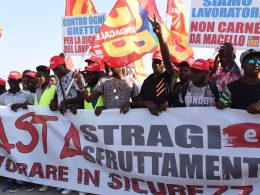