The banking crisis contagion has spread to Cyprus and left it teetering on the brink of bankruptcy. This has been precipitated by heavy losses as a result of the crisis in Greece and has shown once again the inherently unstable nature of capitalism. Facing financial meltdown and the threat of ejection from the EU, Cyprus is now at the mercy of an EU/IMF/ECB ‘Troika’ bailout, the consequences of which will be devastating for ordinary people.

Fearing a ‘stampede’, banks shut up shop in advance of the president’s announcement that a percentage of all bank deposits would be ‘skimmed’ to satisfy the terms of the bailout. For twelve days, the longest shut down in the history of banking in Western Europe, the doors remained firmly closed while a deal was worked out. Capital controls have been introduced meaning, among other things, a cap of €300 on withdrawals and a ban on cash in excess of €1000 being taken out of the country. It won’t be lost on working people that when it suits the ruling class they suddenly have the ability and willingness to take the unprecedented step of imposing capital controls in a country within the European Union.

Newly elected President Nicos Anastasiades, who ironically came to power promising a ‘softer bailout’ announced that in order to comply with the terms of the ‘rescue’ package of €10bn that an additional €5.8bn had to be raised by hitting savers. This initially included small savers who were to face a 6.75% tax on their deposits. There was instant anger and protests and a new deal had to be worked out which raised the bar for any tax to be applied at deposits over €100,000.

Despite attempts to shift the focus onto taxing the wealth of rich Russian investors, in the past two weeks it wasn’t the wealthy who suffered. A large number of the millionaire investors were well prepared for such a move and for six months now there has been a ‘silent bank run’ in Cyprus with a shift to investments in the US. During the bank shutdown the people who suffered were pensioners who don’t use bank cards, workers who get paid by cheque and tens of thousands of other ‘non-millionaires’ who have had to survive on what little cash they could get their hands on over the past fortnight.

As well as job losses linked to the restructuring of the banking sector which will see the closure of the country’s second largest bank – Laiki Bank, the bailout also stipulates tax rises and privatisations. This means further misery and austerity for ordinary Cypriots.

Neither austerity nor the bailout will resolve the crisis in Cyprus, no more than it will stop its spread to the rest of Europe. In every other European country the question is now being asked, can this happen here? The move to tax savings in order to recapitalise the banks had led to even further instability not just in Cyprus but across the Eurozone. Economist Paul Krugman writing about the bailout package commented that “It’s as if the Europeans are holding up a neon sign, written in Greek and Italian, saying ‘time to stage a run on your banks!’.

The biggest problem with this plan though is that working people in Cyprus simply cannot pay back the government’s existing debt let alone the new €17 billion debt owed to the Troika, just as they cannot afford any further austerity.

The only way forward in Cyprus is to reject austerity and reject the debt. This cannot be done without building a powerful movement of the working class, youth, pensioners and the unemployed to fight for an alternative.

This is necessary because capitalism does not have any answers or solutions to this crisis that will satisfy or meet the needs of the majority of people. Five years after Lehman Brothers and promises of bank regulation we now have another profound crisis caused by the banks which is to be paid for by workers and the poor. Instead of taking money out of the pocket or ordinary people to hand to the bankers to ‘recapitalise’, the banking system should be nationalised and run under democratic workers control.

The profound inability of capitalism to meet even the most basic demands of the majority of society starkly poses the need for the implementation of socialist policies as the only way out of crisis. 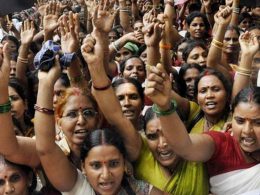 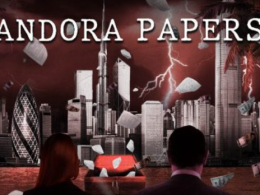 Once again it has been revealed that the rich are hiding money in tax havens. The third release…
bySocialist Party
Read More 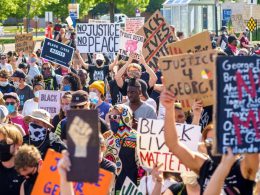 At 8:25 pm on May 25 George Floyd stopped breathing. Moments later his pulse stopped. It was two minutes before Minneapolis Police Officer Derek Chauvin removed his knee from Floyd’s neck. Less than an hour later, he was pronounced dead.