The cornavirus crisis has highlighted class division worldwide, from heightened police repression, to attacks on public services. Here are some examples:

The cornavirus crisis has highlighted class division worldwide, from heightened police repression, to attacks on public services. Here are some examples:

Since October of last year, protests have gripped Lebanon, with a third of the country’s population protesting against austerity. Resulting in the Prime Minister’s resignation, protests demanding social security have been ongoing. Despite this, according to 2020 predictions, poverty in Lebanon was expected to increase to 50%. It’s no surprise that a new wave of protests started in the wake of coronavirus lockdown, which has aggravated these conditions. Protests began in late April, one protester saying, “Our protest is not sectarian, it is a class struggle opposing the crushing of Lebanese people by the weight of poverty, to the banking system which is responsible for the deterioration of the economic situation.”

Last year, similar waves of protest exploded across Chile, resulting in a broad movement against neoliberalism. During lockdown, police and protestors have clashed in Santiago over food shortages. Santiago, despite being one of the most prosperous cities in Chile, has huge levels of inequality. Those protesting clashed with the police, the latter spraying tear gas and throwing water cannons to disperse the crowds. The inequality that grips Chile will likely cause a rise in protest when lockdown is eased.

Postal workers in Poland have been taking action. Despite the coronavirus pandemic, the government was planning to go ahead with an election earlier this month. Despite mass opposition, they were planning to use the territorial army and postal workers to enforce postal voting. Postal workers reacted by setting up a strike committee, demanding not only the cancellation of the election, but a pay rise and the closure of post offices with full pay. The result: the government backed down and postponed the election to June.

Over 120 million workers in India have lost their jobs during this pandemic. A huge number of these are made up of internal migrant workers from rural areas, working in the informal sector. With many migrant workers unable to pay rent as well as being unable to access or afford transport, millions began their journey home on foot, forced to walk hundreds of kilometres. Despite these workers being the backbone of India’s economy, they’ve been left to fend for themselves. Dozens have already died of hunger and exhaustion on foot back home.

Hundreds of Rohingya refugees are stranded in trawlers in the Bay of Bengal in Bangladesh, without permission to enter the country. After the genocide of the Muslim Rohingya people in Myanmar, millions have fled to Bangladesh. Many aboard are experiencing starvation and disease. In late April, one boat was rescued, but reportedly hundreds had died before and were thrown overboard. Bangladesh is home to 5 billionaires and at least 25,000 millionaires. It’s clear there is the wealth to provide food, shelter, and medicine to all Rohingya refugees.

The Belgian government has used the coronavirus crisis to attack workers’ conditions. The federal minority government attempted to give itself special powers, one decree aimed at requisitioning health care personnel, under threat of fines and prison sentences, the second at delegating nursing to non-qualified workers. On 16 May, workers at one hospital held a protest during the Prime Minister’s visit, turning their backs as she arrived to show their disgust. The decrees were suspended after clear opposition from health workers nationwide 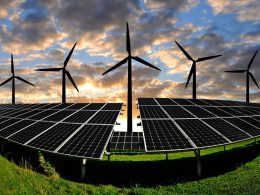 The End of Growth? The capitalist economy & ecological crisis

The question of economic growth and its relation to the climate crisis is a subject of increasing discussion. Conor Payne and Chris Stewart delve into this question and offer a Marxist view on this critical issue for the environmental movement. 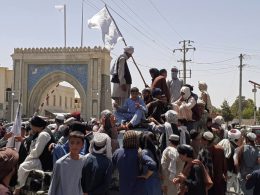