“Berlusconi is dead” declared one of the closest collaborators of il Cavaliere at the end of the worst week in his political career. Having dominated Italian politics for nearly 20 years Berlusconi was forced into a humiliating U-turn on a government vote of confidence, was faced with the party he created imploding and, to top it all, a Senate committee voted for his removal as a senator. Politically he may not have completely expired but he is certainly on his way out.

Political decisions in Italy have for years been motivated and influenced by Berlusconi’s personal and business affairs. In recent weeks these became enmeshed once again, creating a political crisis and raising the possibility that the Letta coalition government would fall.

In August Berlusconi was found guilty of tax fraud relating to his Mediaset business and was sentenced to four years in prison. Because of his age (77) he will not go to prison but can choose between either house arrest or community service for 1 year. It looks as if he is going for the second, softer option. Having received an initial four year sentence this means he becomes ineligible as a senator. Once both houses of parliament endorse the senate committee’s decision he will have to stand down. Later this month a court will pronounce on how long he will be removed from public office, probably for between 1 and 3 years rather than the maximum 5. As a consequence he will lose his political immunity which, with other court cases pending (including paying an underage prostitute for sex and bribing a senator to defect to his party), could theoretically result in his being arrested and jailed if found guilty.

In response, Berlusconi went on the offensive against “politically motivated” judicial and political decisions aimed at “taking me out”. For weeks he tried to hold the government hostage creating yet another political and potential economic crisis. He forced his five PDL ministers in the coalition government to hand in their resignations. Then, together with just a handful of his closest cronies, he decided that the PDL would not support a confidence vote in the Letta government. The party, which is his own personal creation and which he has controlled like a puppet master since its inception in 1994, exploded in an unprecedented rebellion with the “doves” led by Alfano, the party’s normally obsequiously loyal general secretary (and home secretary and deputy prime minister) refused to toe the line attacking the “hawks” who in turn likened him to Judas Iscariot. With his personal party on the verge of a split and shares in his businesses falling, Berlusconi was forced into a humiliating climb-down and the PDL voted in favour of the confidence motion.
Fragile government

“Crisis averted, Letta government strengthened”. These are now the media headlines but in reality the events of the last few weeks have clearly exposed the fragility and precariousness of this government which is itself a reflection of an acute economic, social and political crisis of Italian capitalism. Of the G7 economies, Italy’s is the only one still in recession with GDP having fallen 8% since the world economic crisis began. Industrial production has plunged 25% and the rate of unemployment for 16-25 year olds has hit 40%. A predicted “growth” of just 0.4% next year will do little to relieve the jobs haemorrhage.

For working class people and youth struggling to get through to the end of the month, the “political crisis” being played out over the past few weeks seems like mere theatrics – a million miles removed from the problems of everyday life.

The Letta coalition was cobbled together in April as a government of last resort after voters in elections in February overwhelming rejected austerity, the dysfunctional political system and its 2 main representatives, Berlusconi’s PDL and the PD, either by abstaining or voting (25%) for Beppe Grillo’s populist 5 Star Movement.

Having voted for change people got more of the same with a PDL/PD coalition scrambling around to find a billion euros here and another billion euros there to offer the equivalent of crumbs to starving people while at the same time failing to implement the counter-reforms demanded by big business and the EU. The fact that the possibility of this weak and paralysed government falling freaked out the Italian capitalist class, the EU and the markets reveals just how desperate they are, faced with a profound crisis and with no reliable, stable political representatives.

Eighty eight per cent of people say that the political crisis is not resolved, few believe the government will make it to 2015 (Letta’s original goal). Even if the PDL splits into a “moderate” Christian Democratic formation and a populist right-wing party, as seems likely, and Berlusconi’s influence on the government wanes, there will continue to be enormous pressures on the parties in the coalition from the various electorates, especially on the PD, for reforms to relieve the worst effects of the crisis.

The PD is itself in a state of open warfare as it moves towards the election of a new leader. But the depth of the crisis, and the irreconcilable interests at stake, mean that the government cannot deliver. Sticking to the 3% EU-imposed budget deficit limit (which the EU is warning could be breached this year) will mean further cuts in public spending on services already groaning under the weight of previous cuts. A new round of privatisations is being prepared. Restoring productivity and competivity, as big business is demanding, means more “labour reforms” and pushing down the wages and conditions of Italian workers to the level of Portugal + Greece where productivity is increasing on the back of social devastation.
Agony prolonged

The policies of the 5 Star Movement offer no respite to the prolonged agony of Italian working and middle-class people. There have been defections and expulsions in its parliamentary group and its support has fallen in the polls. However it is still around 20% and is likely to remain electorally an outlet for opposition in the short term although it is incapable of mobilising opposition on the ground to the government attacks.

The same is true of the leaders of the main union federations. There is also no sizeable political left party and no immediate prospect of one developing. This will come about on the basis of future struggles in the workplaces and communities, not by the various failed and failing attempts to sew together scraps of left groups (as Cremaschi, former leader of the radical metalworkers’ union, FIOM, is attempting to do with his ROSSA initiative) nor around formations based on a legalistic defence of democracy and the constitution (supported by the current FIOM leader, Landini, and a group of intellectuals).

ControCorrente (CWI Italy) is open to collaboration with other political forces on the left but the main emphasis in this period is on developing industrial and social struggles, such as that against the mass privatisation of local services in Genova, for example. There, under the influence of ControCorrente members, a threatened city-wide strike of workers in transport, refuse, maintenance and other affected services forced a temporary victory, with the council postponing the debate in the council chamber on the privatisations. The struggle is continuing and it will be similar struggles which will lay the basis for rebuilding mass working-class organisation and political representation in Italy. 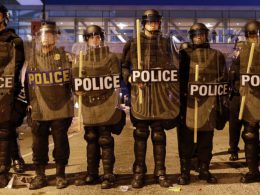 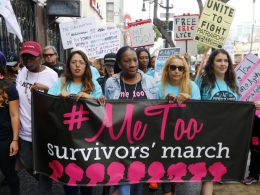 Workers must take urgent steps to defeat capitalism and the right-wing By W Prieto and J Rivas, Socialismo…
byArchive