To the candidates standing in the Unite General Secretary election:

We have already seen the bosses using the pandemic as a cover for further attacks on workers’ pay and conditions. Unite members have been engaged in battles against scandalous fire and rehire tactics, in the case of Go Ahead in Manchester successfully. In retail and hospitality, a jobs cull is taking place as big business attempts to claw back some of the profits lost as a result of repeated lockdowns. Public sector workers have found themselves on the receiving end of yet another pay cut.

To compound matters, since his election as Labour Party leader, Keir Starmer has rapidly dragged the party to the right, meaning that Unite is funding an organisation which is not a vehicle for struggle. Throughout the pandemic he has more often than not simply acted as a faint echo of Johnson, turning to patriotic flag waving rather than campaigning for policies which would improve the lives of the working class. This has gone in tandem with a remorseless assault on the left, including the removal of the whip from Jeremy Corbyn. The fruits of his approach were seen with the recent local and devolved government elections.

When members cast their vote in this election we need to ensure we do so for the candidate that gives us the best chance of organising industrial and political opposition to the Covid onslaught.

What is needed to take the union forward? To the workplace…and beyond!

Outgoing general secretary Len McCluskey’s election represented a big step forward for the union. Under his leadership the union has not blocked workers from taking action where they choose to do so, in contrast to the leaders of some of the other big unions. During this time members have also been able to win a number of important victories. There must be no retreat from this position. The gains that Unite members have made during McCluskey’s tenure must be built upon.

While branches have been able to organise fantastic campaigns and struggles they play very little role at national level. For example, delegates to the Policies and Rules conferences are not elected by the branches but by Regional Industrial Sector Committees. At the present time many of these are moribund and rarely meet, placing a lot of influence and power into the hands of the officials who work for the union. To effectively hold the union’s leadership to account it is clear that the union’s structures must change to empower the branches.

To build a strong democratic union, it will need more than a reallocation of resources and Unite must take a turn to organising in the workplaces and strong workplace rep structures as well as holding elections of regional and national officials and negotiating officers. All elected officials and full time officers must receive the average industrial wage and branches should elect delegates to conferences. It is in this way that we hold the union leadership accountable and really bring the union back to the workplace.

The question of political representation for the working class will be a key issue in this election. It is to his credit that McCluskey was one of Corbyn’s biggest defenders in the teeth of right-wing opposition. However this did not go far enough in terms of making fundamental change in the Labour Party, such as mandatory resection of MPs which would have allowed the left and the movement around Corbyn to solidify its position.

There was also unfortunately a passive approach of sitting it out and waiting for a Corbyn government. Unite could have been at the forefront of mobilising a mass working class movement which could have brought down the Tory government and elected a Labour government on anti-austerity and left wing policies.

With Starmer as leader, it will require more than just being more critical of the attacks on the left within Labour or cutting some of the funding to the party. There should be no more blank cheques given to the Labour politicians who are not standing on the side of the working class. Unite should only back candidates who back our members.

However, it would also be a huge mistake to conclude that we should adopt an apolitical approach to trade unionism. Unite should not limit itself to the workplace, it must go beyond. We can also play a role in developing a political voice for emerging social movements such as Black Lives Matter, combating gendered violence and climate catastrophe. It is in this way Unite can play a role in developing a new left political voice for working class people, based on struggle.

The need for a strong left

A victory for Gerard Coyne – the candidate representing the right wing of the union – at this election would represent a big setback for Unite members. The six pledges in his manifesto make no mention of how workers can effectively organise to take on the bosses. Instead he promises to ‘modernise’ the union, make it ‘a world leading digital union’ and for 24/7 online and phone support service.

This all amounts to the failed service model of trade unionism. The fact that Coyne came so close to winning in 2017, on a turnout of just 12%, is itself a glimpse of some of the problems facing the left in the union. More needs to be done to engage members at rank and file level in the union’s structures. A strong broad left needs to be built amongst the rank and file, with a focus on campaigning as well as standing in elections and winning positions.

The left within the union is currently unfortunately split over which candidate to support. We are writing to those seeking nominations at this stage to ask what your position is on the following questions. We see these as being the vital issues which will determine whether the left can field the strongest candidate possible in this election and if they win, to ensure that we have a democratic, fighting union capable of representing us in the stormy period ahead.

1. How would you seek to tackle the anti-union laws? Would you insist on the Labour Party pledging to repeal and vote for this at all Labour Party forums? Do you pledge never to repudiate strike action?

2. Almost one third of Unite’s branches are not functioning properly. How would you strengthen support to the workplace branches of Unite, which ought to be the bedrock of our union’s internal life? Would you help make us industrially effective by supporting national combines for large employers?

4. Almost one in ten workers have faced attacks on their terms and conditions since the first lockdown in March last year, including through ‘fire and rehire’ schemes. In this context, would you develop and support coordinated industrial action across and within sectors within our union?

5. The majority of young workers – the future of our movement – are in precarious and largely unorganised sectors, such as hospitality and other services. How do you propose to overcome the barriers to organising in these sectors and make unions more relevant to young workers?

6. How would you develop a concrete programme of action as well as policy to defend manufacturing? Do you support a socialist Green New Deal – based on public investment and democratic public ownership of key sectors – as part of rebuilding modern manufacturing?

7. How would you mobilise our union’s strength in opposition to racism, sectarianism and other forms of bigotry? How would you address the issue of sexual harassment and gender violence in the workplace, which reflects misogyny in society as a whole?

We look forward to your reply. 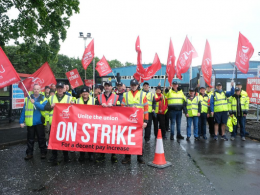 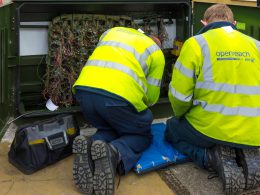