A report summarising the findings of an Inquiry held by the Department for Regional Development Ministerial Scrutiny Committee into Public Transport in Northern Ireland was recently leaked to a variety of sources including the BBC and identified plans to break up and privatise bus services across Northern Ireland, beginning with the planned Belfast Rapid Transit service.

Such a move has been promoted by a number of privateer bus operators who are keen to profit from opening up lucrative routes in Northern Ireland. This proposal would represent the first major privatisation of the new political arrangements in the North. In addition to these privateers who are pushing for the move, what was of greatest concern was the fact that the proposal was backed by political representatives from all main parties in the Assembly: DUP, Sinn Fein, UUP, SDLP and Alliance.

Privatisation of bus and rail services initiated by Maggie Thatcher’s government has been a disaster in Britain where unprofitable runs have been slashed, fares increased, safety compromised (resulting in many fatalities) and cut-throat competition for lucrative routes seen predatory timetabling all in the aim of making the greatest possible dividend to shareholders.

Following on from the leak, Unite the union, which organises the majority of the 5,000 drivers and mechanics working for Ulsterbus, Citybus and Metro produced a briefing paper on the threat and mobilised workers. Leaflets denouncing the proposal were circulated and the campaign continues. In Armagh, one driver stood up at the beginning of each journey and told his passengers what was being proposed and to let the politicians of all stripes know that they opposed privatisation.

In the face of such a mounting campaign, politicians from the main political parties are making sure to distance themselves from the proposal which now looks to be a busted flush. Workers are now bringing forward proposals which seek a greater role for workers in the management of the company. 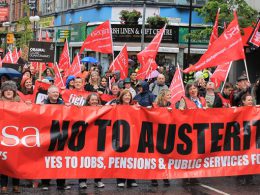 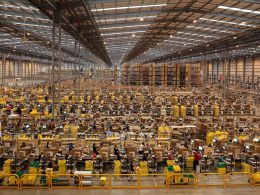