At the time of writing, the dust is still settling on the formation of the new Stormont cabinet. Arlene Foster has been successful in keeping her post as First Minister and two women – Claire Sugden and Michelle O’Neill – have been appointed as Ministers for the Department of Justice and Department of Health respectively. This surely is a first for Northern Ireland but unfortunately, it is not set to change the appalling situation which means women here are prevented from controlling their own bodies due to the archaic abortion laws dating back to 1861.

Arlene Foster has repeatedly made her position and that of her party crystal clear – she and the DUP are “pro-life”. Claire Sugden, in a speech in the Assembly on International Women’s Day, declared 2016 “the year for women in Northern Ireland”. Yet, when it comes to the right women should have to control their own bodies, Sugden’s position leaves much to be desired – she voted against allowing abortions in cases of fatal foetal abnormalities. While Michelle O’Neill voted in favour of this bill, Sinn Féin has also made it abundantly clear that they are not a pro-choice party and do not support the extension of the 1967 Abortion Act to Northern Ireland.

However, both Sinn Féin and Claire Sugden have taken stances in favour of marriage equality. Hopefully, the Assembly can be given the necessary push to correct its glaring failures in this regard and bring Northern Ireland in line with legislation in the rest of Ireland and Britain. But this will not happen unless these politicians and those of other parties are put under serious pressure from below.

When it comes to abortion rights, three other women have shown far more leadership than these leading female politicians. Diana King, Collette Devlin and Kitty O’Kane have taken the brave step to hand themselves into the PSNI for having helped others procure abortion tablets. As they themselves have pointed out, these medicines are on the World Health Organisation’s list of essential medicines but cannot be legally accessed by women seeking terminations in Northern Ireland unless they fit the current and extremely restrictive criteria.

Their action was also taken in response to a young woman having been prosecuted and sentenced for taking these medicines to terminate a pregnancy. Our laws have to change. These three courageous women must be supported and applauded. Actions like these, as well as protests such as the one held at Queen’s University when Arlene Foster was invited to speak on “women, leadership and peace building”, are vital in building support for the pro-choice movement and in putting public pressure on Stormont.

Official figures published recently showed that over 800 women travelled from Northern Ireland to England or Wales in 2015 to terminate a pregnancy. The real figure is likely to be higher and does not include women who have medical terminations by accessing tablets illegally. We can therefore easily say, that the outdated laws in Northern Ireland directly affect over 1,000 women every year. In addition, it is clear that those who cannot afford to travel are being forced into breaking the law. This situation must end.

The recent prosecution has highlighted that we cannot rely on the courts to change things. Instead, we must campaign actively for change through protests and movements on the ground. This will allow us to pull Northern Ireland into 21st century on the issue of women’s rights.

Orlando Massacre: Statement from US socialists

It is a pity Jeff Bezos is only going to be up in space for three minutes. If…
bySocialist Party
1 share
1
0
0 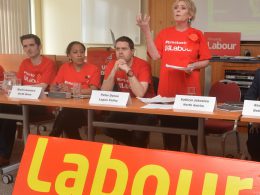 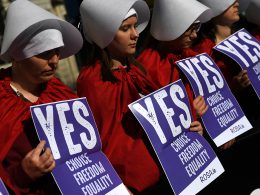