At this year’s state of the union address Donald Trump stated that “America will never be a socialist country.” More recently at a National Republican Congressional Committee Dinner, he declared that he will be running in 2020 to fight a “socialist takeover” of the United States and a prominent US Republican Senator has established an “anti-socialists caucus” all of a sudden, why do we have this anti-socialist rhetoric? Because socialist ideas are making a comeback! An editorial in The Economist, a key publication of the establishment, talked about “Socialism’s renewed vitality” and an opinion poll recently found 51% of 18-29 year-old Americans have a positive view of socialism.

In the aftermath of the collapse of Stalinism and series of major industrial defeats, the popularity of socialist ideas were knocked back. At the time a prominent political commentator, Francis Fukayama, argued that we had reached the “end of history”, in other words: that liberal capitalism is the highest form of society. Today that same commentator has said “socialism ought to come back.” This regrowth of socialist ideas has seen extraordinary political upsets for the establishment from the emergence of Jeremy Corbyn as leader of the opposition to Bernie Sanders’ popularity in the United States.

The regrowth in socialist ideas hasn’t come from nowhere. It is rooted in real conditions workers and young people face, particularly growing inequality. Last year, according to Oxfam billionaire fortunes increased by 12% – or $2.5 billion a day – while the 3.8 billion people who make up the poorest half of humanity saw their wealth decline by 11%.

Capitalism is a system that has put the very future of human life on our planet at risk. The world’s leading climate scientists have recently warned there is only a dozen years for global warming to be kept to a maximum of 1.5C. Beyond this point even half a degree will significantly worsen the risks of drought, floods, extreme heat and poverty for hundreds of millions of people. Yet it is the top 100 companies that are responsible for 71% of global emissions. You can’t control what you don’t own- and if these companies are left in private hands we won’t be able to deal with the problem of climate change.
Capitalism is also systemically riddled with crisis as was brutally exposed by the 2008 crash which led to the “great recession.” For ordinary workers there has never been a real recovery from this yet already major economist are talking about “sharp slowdown” in the world economy and a new recession. This is reflected by the real weakness in the world economy with total world debt over $200 trillion, more than three times the size of the world economy.

The system can’t be reformed

A new recession would have massive consequences with capitalism having substantially exhausted its reserves in dealing with the last recession but also it has exhausted its political reserves. This is seen by the crisis of most of the major capitalist parties across the world. Socialist support and fight for the election of left-wing governments – such as a Corbyn government in Britain but the lessons of history show you can’t stand in the middle of the road. The capitalist establishment will do all in its power to protect their interests and a mass movement fighting for revolutionary change is necessary.
The right-wing opponents of socialism- tired of telling people to go back to Russia have moved on to asking repeatedly “what about Venezuela?”. In other words: socialism is a good idea in practice but doesn’t work in the real world. However what Venezuela actually shows is that you can’t make half a revolution and you can’t reform the system. The problem from the point of view of the Venezuelan people is that the economy still remained largely in private hands and with that capitalism and imperialism have been able to act to sabotage the economy leading to massive inflation. Had the government instead of seeking conciliation with capitalism acted decisively and took the main sectors of the economy into public ownership and democratic control of workers such a crisis could have been averted.

Socialists say that the vast wealth that exists in society should not be left lying idle in the bank accounts of the super-rich while there is mass unemployment, low pay, homelessness and millions across the world suffer from hunger and malnutrition. We say that the massive wealth of the major corporations that dominate the world economy should be taken into public ownership, so that ordinary people can democratically decide how best to use this wealth for the benefit of humanity, not the naked race for more profits.

This month people will get the opportunity to vote in council elections, we might also have a general election soon but the reality of course is ordinary people have little say in how society is run- with politicians elected every few years and unaccountable in between. In reality of course most of the major decisions are not even taken by those we elect to misrepresent us. Socialist change would mean a very different form of democracy one in which the resources of society are democratically planned from the bottom up. By doing this we use the massive wealth that exists in the most efficient way rather than producing exuberant waste under capitalism. For example in 2018 global military spending was $1.7 trillion!

Karl Marx argued that capitalism creates its own gravediggers in the form of the working class. Working class people through their collective power have the ability to stop production and to bring society to a halt. It is this power that makes the fight for socialist change really possible but it must be organised.
The experience of the last hundred years is that time again and time again revolutionary movements against capitalism develop. This is evident from the revolts 100 years ago in the aftermath of the first world war and the Russian Revolution and more recently in the Arab Spring. In order to be successful revolutionary leadership is needed – that is what the Socialist Party seeks to build today. We are an organisation active in the struggles of workers and young people in unions, communities, elections and in the struggles against oppression. We seek to link these struggles with the need for socialist change. If you agree join us today!

Venezuela: once again in the crosshairs of imperialism 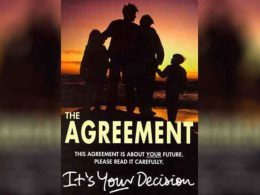 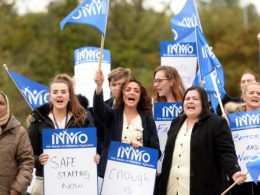