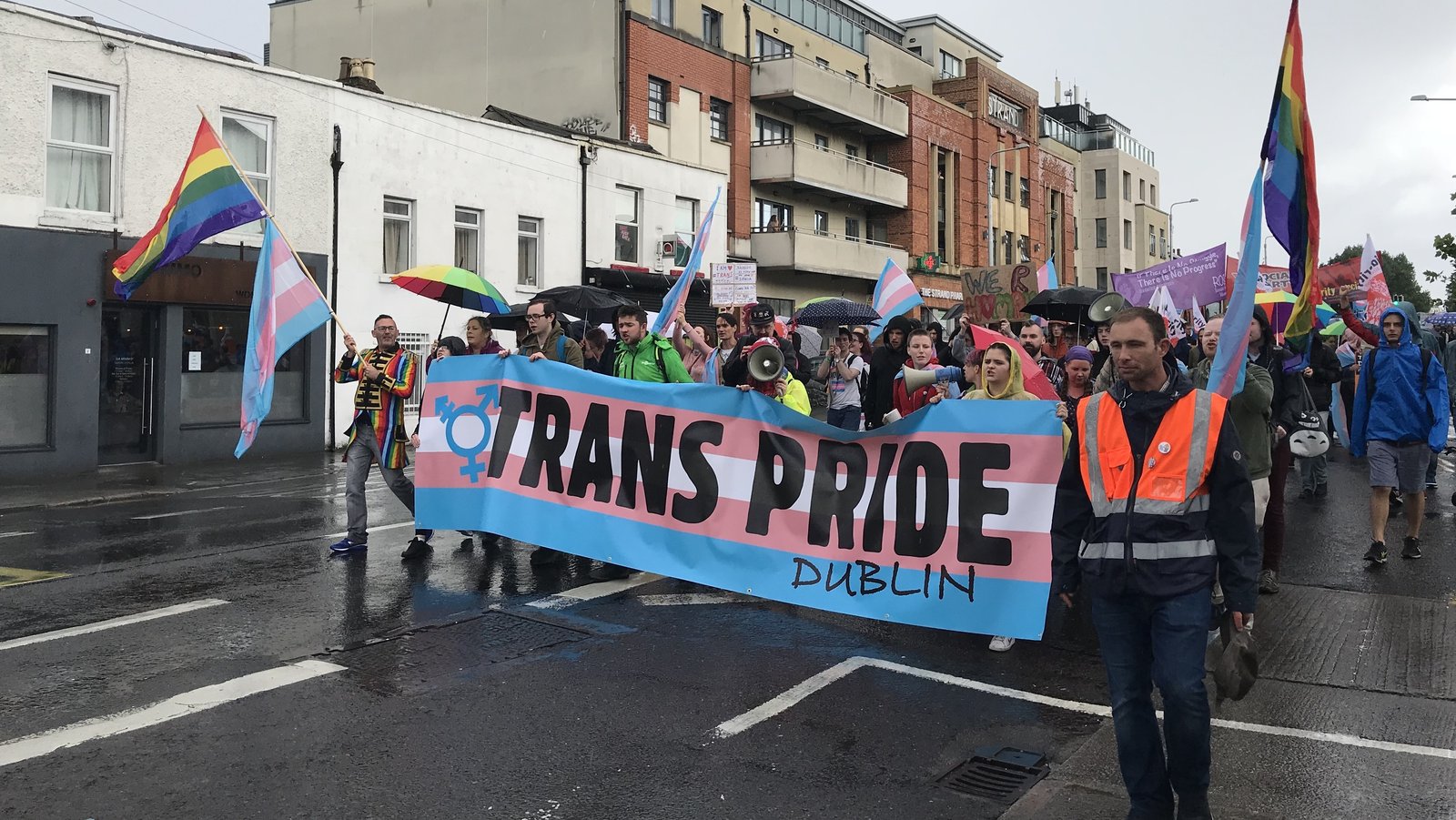 On the 28th July, Dublin had its first annual Trans Pride. It was organised from the beginning as a grassroots protest by and for trans people, trying to bring Pride back to its radical roots as a protest movement and rejecting the corporate taint that suffocates most establishment Prides, with companies that carry out queerphobic policies allowed to march or take part in what for them is nothing but an exercise in corporate pinkwashing.

The protest marched to Fairview park following in the footsteps of Dublin’s first pride 35 years ago, which was a march against violence following the brutal murder of Declan Flynn in the park itself. Over 1,000 people attended the march and the opening and closing rallies. There was a defiant and angry mood in the air, but overall the tone of the day was optimistic and determined. There was participation from a host of different LGBTQ+ organisations and community groups, as well as trade unions, student groups, anti-racist organisations, housing campaign groups and more.

Trans Pride has a protest that demanded real change and equality for trans people and put that political message at its core, with the central theme being bodily autonomy. This was also relevant in the wake of the historic Repeal referendum, which saw a huge majority of people endorse choice and a pregnant person’s bodily autonomy. It was necessary to have a specific march to highlight the needs of the trans community, not only because of the toothless and corporatised nature of establishment Pride but because of the severe nature of trans-oppression and the unique needs and demands of our community.

This included the need for adequate access to healthcare services, including gender confirmation surgery and HRT via an informed consent model; greater access to social housing, given the disproportionately high number of homeless youth who are LGBTQ+ in general but specifically trans; the right of all people over 16 to self-determine their gender marker without interference from the state, as well as highlighting the plight of LGBTQ+ asylum seekers and refugees. By uniting all of these struggles against the system in the fight for liberation, not just assimilation, it is possible to imagine a better world where we are all liberated from the oppressive capitalist chains that bind us. Our struggle is an international struggle and we can not rest until we are all free.