On Friday 31 August Clare Daly TD handed in a letter of resignation to the Socialist Party. We feel obliged to give notice of this development and to offer some initial comments.

The Socialist Party sincerely regrets that after many years in our ranks, Clare Daly TD has decided to resign from the party.

Clare’s decision is a setback and undoubtedly will be met with surprise and shock from activists in the labour and trade union movement and on the left. However, it is a setback that the Socialist Party will recover from and the members of the party and its public representatives, including Paul Murphy MEP, Joe Higgins TD and our six councillors, will continue with our principled approach to campaigning and will continue to argue for the socialist alternative so desperately needed at this time of profound capitalist crisis.

This statement outlines the Socialist Party’s view as to why Clare Daly has taken this course of action. In our view, the fundamental reason for Clare’s resignation is that she now places more value on her political connection with Independent TD Mick Wallace than on the political positions and work of the Socialist Party.

Over the last number of months, Clare’s political connection to Mick Wallace, who engaged in tax evasion and the falsification of VAT returns, has damaged her reputation but also, by implication, has potentially damaged the reputation of the Socialist Party.

Clare’s approach has unfortunately also given the establishment and sections of the media the opportunity to attempt to undermine the Campaign Against Household & Water Taxes (CAHWT), which is a vital campaign in the battle against the disastrous policies of austerity.

The Socialist Party condemned Mick Wallace’s actions and demanded that he use whatever resources he has to pay the outstanding money immediately to the Revenue Commissioners. We did not go along with the chorus of demands for his immediate resignation. This was not because we in any way support Mick Wallace. It was because we think it is the place of voters, not the pro big business media to determine who should be a TD.

In contrast, Clare Daly offered political support to Mick Wallace despite the opposition of the Socialist Party to her acting in this way. Clare publicly vouched for Mick Wallace and his fitness for office, intervened on his behalf and consciously and consistently sat beside him in the Dáil which amounted to public political endorsement. Her actions and words were seized on by sections of the media to link the left in general and the Socialist Party in particular to Mick Wallace.

Clare refused to support or put her name to Socialist Party statements regarding Mick Wallace, including one which defended the party after he directly attacked the party and others on the left in the Dáil on 18 July.

Clare Daly’s promotion of Mick Wallace in the anti-household tax campaign late last year and early this year, despite his tax evasion, was a reckless misjudgement. The CAHWT is opposed to Mick Wallace having any involvement in the Campaign and the Socialist Party supports this stance.

Since the start of June, leading members of the Socialist Party have repeatedly met and discussed with Clare in a genuine attempt to positively resolve these differences and limit the damage to all concerned. Unfortunately, Clare did not seriously engage in those discussions and ignored the advice offered.

This situation also reflected two aspects in Clare’s approach that unfortunately have become apparent since her election as a TD in February 2011.

Clare has tended to politically orientate to the Independent members of the Technical Group in the Dáil. This has gone beyond working on specific issues to build the strongest possible campaigns, which is an approach we agree with. In Clare’s case, it was also co-operation and collaboration of a broader political character with Independents instead of trying to build the profile of the United Left Alliance (ULA) and a new left movement on a principled left and socialist basis.

Clare has also not worked in a genuinely collective way with her colleagues in the Socialist Party. Instead, she has avoided democratic discussion as well as the democratic check and accountability of the party’s elected structures and members. Democratic discussion and the accountability of public representatives is essential in any party that claims to represent working class people.

We have no difficulty in recognising Clare’s many years of hard work, her outstanding record and the public esteem in which she is held. All of this was achieved as a Socialist Party activist. This makes the approach that she has adopted and her resignation from the party all the more disappointing for the many members who worked with her through the years and who also played an important role in achieving her election to the Dáil.

The Socialist Party is disappointed by this turn of events but it will not deter us from the tasks at hand.

The household tax, the property tax and the impending imposition of water charges pose unique opportunities for working class people to fight against austerity and potentially defeat this Government. This campaign is approaching a crucial point this autumn and the Socialist Party will do everything in its power to ensure that it is successful. In the North our members will continue to fight for working class unity and against sectarianism and we will continue to argue for a socialist alternative to sectarian politics and the misery of unemployment and poverty.

In these campaigns, in the ULA and generally, we will also redouble our efforts to win support for the genuine socialist policies that alone can end this capitalist crisis by using the wealth and resources of society for the benefit of the majority and not the super rich. 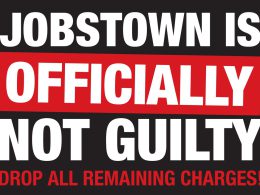