Bryan Dobson’s reference to peaceful protesters, live on national television, as ‘idiots’ was an absolute disgrace. Despite the fact that the interviewee didn’t seem too bothered by them, Dobson cut the interview short. It highlighted the total lack of impartiality which pervades the media and the majority of media presenters.
The protesters were taking part in a demonstration in support of a motion calling for the government to ask the European Central Bank and the European Commission to write down the bank debt which was scandalously put onto the shoulders of the Irish people. The motion was proposed following the magnificent work of many groups including the Ballyhea Bondholders who have marched every week for a number of years. I have received a petition from them in Brussels for the Petitions Committee in the European Parliament.

The media has played a key role through news items, papers, talk shows and supposed serious political programmes in supporting the government’s Thatcherite ‘There Is No Alternative (TINA) propaganda and cheer leading austerity. Any political or economic alternative presented is undermined, attempts are made to ridicule it. Presenters of shows, Pat Kenny for instance, never even put up a façade of impartiality and instead attack any left or socialist ideas.

During the crisis the media has consistently underplayed the numbers on protests, or not given them any prominent position on the news. For instance the anti-household charge protest outside the Fine Gael Ard-Fheis in 2012 was a major protest. It was reported as the main news item in much foreign press, yet in Ireland it was relegated to the number two or three item on RTE news.

This has exposed the media as not being a neutral observer. It will take its ideological lead from the interests of the establishment, the government and big business. A media which serves the interests of working class people is desperately needed to give an alternative voice.” 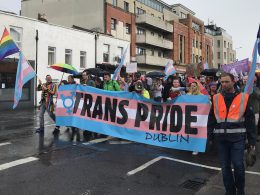 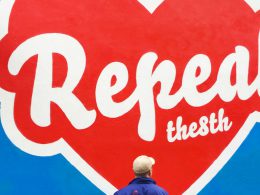 If a movement is built on clear, cross-community basis, all the political parties and Westminster can come under pressure to act on this issue and the right to choose can be won.
bySocialist Party

By Oisin Kelly A referendum on the abolition of Seanad Éireann is taking place on the 4th October.…
byArchive