On 25 May, Irish citizens voted decisively to repeal the 8th Amendment, a resounding rejection of the abortion ban and misogynistic ideas about women and our bodies. The Yes vote won a landslide 66% and in all but one county. The significance of this victory over decades of anti-choice misogyny and repressive Church control cannot be understated. 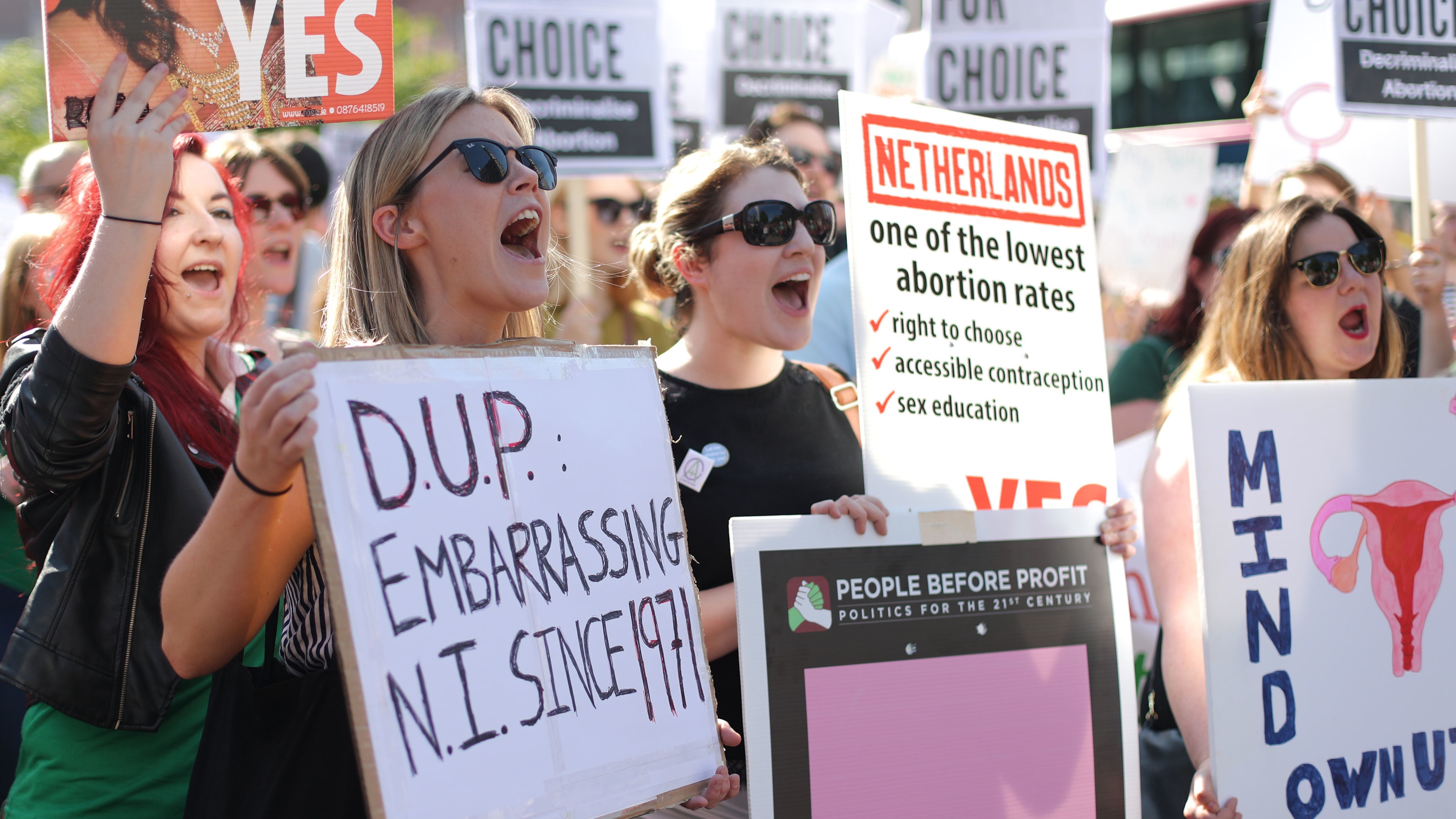 On 25 May, people in the south voted decisively to repeal the 8th Amendment, a resounding rejection of the abortion ban and misogynistic ideas about women and our bodies. The Yes vote won a landslide 66% and in all but one county. The significance of this victory over decades of anti-choice misogyny and repressive Church control cannot be understated.

The story of the 8th Amendment is a catalogue of hypocrisy and suffering – that abortion in Ireland was criminalised yet travelling for one was not, that it was public knowledge yet shamed and stigmatised, that the Church who dared to judge women ran the horrific Magdelene laundries and mother and baby homes.

This referendum was not just about winning abortion rights, but a complete break with this horrendous history. The seismic shift in attitudes is reflected in the vote, with approaching 90% among those aged 18-24, a large majority in all age groups except the over 65s and many working class communities in Dublin over 80%.

Following the tragic, unnecessary death of Savita Halappanavar in 2012, which was a result of the 8th, a grassroots movement for repeal erupted.

This has been driven by empowered young people (even school students), women, LGBT+ and working class people. Young people used the massive marches and Strike 4 Repeal, student union campaigns, art and the iconic ‘Repeal’ jumpers to put pro-choice demands in the spotlight. Many courageously shared their own experiences of crisis pregnancy on social media when their voices were locked out of mainstream debate.

This is an extremely militant movement. We will no longer tolerate any sexist oppression. This was affirmed by the explosive #IBelieveHer protests in response to the horrendous Belfast rape trial only two months ago.

The same militancy has also been shown in the incredible struggles around #MeToo and trans rights, and in the growing movements against women’s oppression in the Spanish state, Latin America and Poland. All these struggles provided inspiration and solidarity to people in Ireland.

The members of the Irish parliament (TDs) for Solidarity played a vital role in winning abortion rights, alongside ROSA – the socialist feminist organisation. Ruth Coppinger TD, in particular, along with Paul Murphy TD and Mick Barry TD – all Socialist Party members – were crucial voices of the working class, grassroots movement in the parliament.

The ROSA campaign is led by young women and LGBT+ activists, including members of the Socialist Party. It campaigned on a fully pro-choice programme and used creative demonstrations inspired by the TV drama Handmaid’s Tale to condemn the repressive misogyny of the establishment.

Our campaign of civil disobedience, which included distributing the safe but illegal abortion pills, exposed the reality that abortion already happened within Ireland. This made a mockery of the law that criminalised women and propelled abortion up to 12 weeks on request onto the agenda.

Hundreds took part in canvassing and leafleting as part of ROSA’s Time 4 Choice campaign, including a 10km march to the airport in solidarity with those forced to travel for abortions. Similarly large numbers got involved in putting up our posters all over Dublin and around the country.

Young women and LGBT+ people are attracted to ROSA’s wider perspective, that not only fights for abortion rights and economic security but for self-expression, sexual liberation and freedom from all oppression. ROSA speaks to these issues that lie, correctly, at the heart of this generation’s sense of justice and provides a socialist strategy of how to win them.

In contrast, the official ‘Together for Yes’ campaign was directed to the much-exaggerated, conservative ‘Middle Ireland’ and focused on the ‘hard cases’ of rape, incest and fatal foetal abnormalities. They even told canvassers to avoid the words “abortion” and “repeal”.

Disappointment with their soft approach was reflected in the huge appetite for our posters featuring Savita and combatting the previously unchallenged lies of the No campaign. Before polling day, there was palpable momentum for a Yes vote, but the misogynistic lies and bullying tactics of the No campaign emboldened sexist aggression from a small fringe.

This profound victory belongs to the youth and grassroots movement, with right-wing trade union leaders playing a minimal role and the establishment holding us back at every turn. Only when holding a referendum was inescapable did they comply. In 2013, the main parties voted to criminalise abortion with 14 years in prison.

In 2015, they voted against the bill demanding a referendum moved by Socialist Party members in the Dail. Taoiseach Leo Varadkar and Health Minister Simon Harris, currently presiding over the cervical cancer testing scandal, did a complete u-turn to support repeal less than six months ago. Now they are lauded as heroes!

But ordinary people can see through the hypocrisy of the capitalist establishment politicians and the contradictions of their neoliberal policies and are ready to fight for more. After this landslide victory, the associated legislation must be passed immediately.

This emphatic result shows the need for a complete separation of church and state, and specifically, for objective, inclusive sex education in schools and free contraception. We must continue to develop the struggle for abortion rights in the North.

Building on our immense victory and the many other struggles against women’s oppression globally, we should fight for a socialist society based on equality and freedom.

At the time of writing, the dust is still settling on the formation of the new Stormont cabinet.…
byArchive