Exploration company Infrastrata have called off drilling in Woodburn forest near Carrickfergys, saying that they found only water where they had hoped to find oil. After spending weeks onsite, paying for aggressive security teams and obtaining injunctions against protesters, they pulled out as quickly as they went on site.

But it wasn’t simply a case of not finding oil. Infrastrata’s press release indicated that they drilled to a depth of two thousand feet – but they fell short of their deeper targets. Some investors decided to pull the plug on the drill. Baron Oil admitted Infrastrata encountered “difficult circumstances” in Woodburn forest. No doubt those difficult circumstances included significant organised opposition from the local community and solidarity from environmental activists across Ireland and farther afield. This was a victory for campaigners.

While Infrastrata are gone, politicians and statutory bodies have serious questions to answer. The drill only took place due to the Department of the Environment’s failure to demand a full Enviromental Impact Assessment. Mid & East Antrim Council approved the Waste Management Plan without receiving independent advice. NI Water became the first public water agency anywhere in the world to lease land within a water catchment area for oil and gas exploration. Meanwhile, the police acted as an extension of Infrastrata’s security, using heavy handed tactics against protesters while ignoring the company’s many breaches of protocol.

The first wave of oil and gas projects in Northern Ireland – from Woodburn to Belcoo – now appear to have been successfully countered, not thanks to politicians or statutory bodies, but thanks to locally-organised community campaigns. However, similar challenges are posed to other communities by other exploration industries.

In Tyrone’s Sperrin mountains, community opposition to gold mining activities by exploration company Dalriadan has mounted after plans were revealed to use industrial quantities of cyanide to extract the gold at a plant just outside the village of Greencastle. This project was given £500,000 in grant-aid by the NI Executive but offers little more than a few low-paid and dangerous jobs, while the threatening to despoil the local environment for generations to come. Again, it will be down to the local community to organise to prevent their areas being trampled upon by poisoning profiteers.

Step up the campaign to back Corbyn's fight 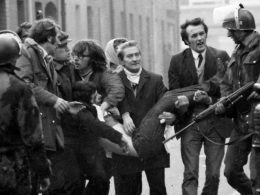 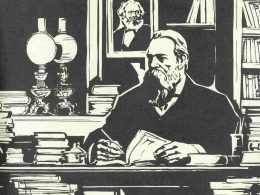