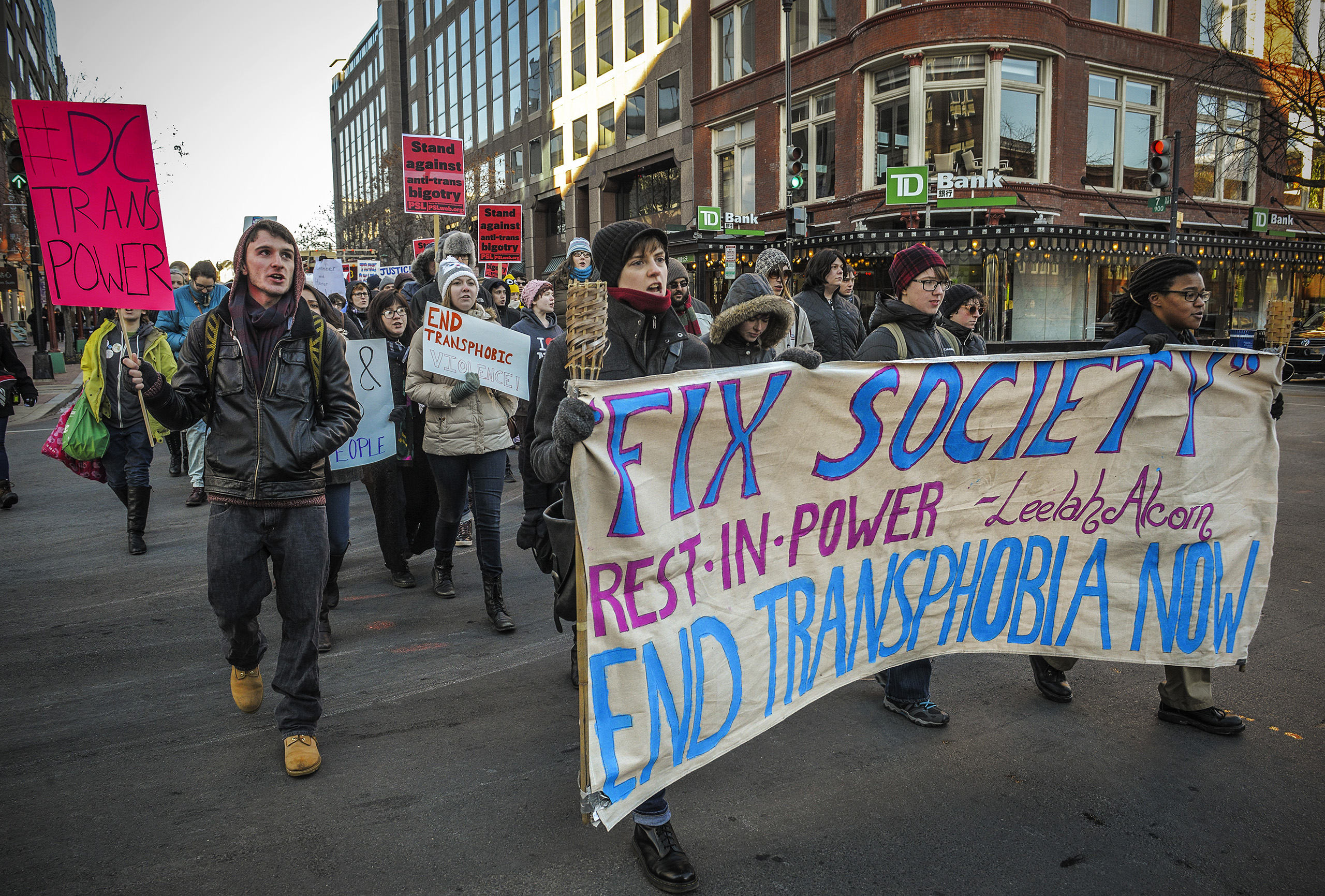 The first Trans Pride in Belfast was held on Saturday 2nd June, reflecting the need for transgender, non-binary and intersex (“trans+”) rights. While the spectrum of sexuality is for the most part something that is becoming more accepted and understood, gender is a whole other story. Awareness and advancement of the struggles of trans+ people is something that is growing, but ultimately this progress can only go so far, as the system in which it is taking place is not truly compatible with what is really needed.

The central issue around trans+ is the view of gender enforced by capitalism, that of rigid gender roles and the selling of gender itself as both a product and as a tool for sexism and misogyny. In most cases, to qualify for things they might require such as related surgeries, hormone treatments and legal documentation changes, trans+ people must fall into this strict view of binary gender, to be ‘male’ or ‘female’.

While many trans+ people are comfortable identifying in this binary, they ultimately will face discrimination or denial of services if they do not or are unable to present themselves as falling into what is expected of being male or female, be it through their body, their dress, their personality, or otherwise. Transphobia originates from this idea that trans people often do not fill the binary mould perfectly enough and are therefore a threat to capitalist society’s reliance on restrictive and damaging gender roles.

Many trans+ people find themselves having to adhere to the binary and hide or suppress how they really feel, having to console themselves that it’s better to be treated by the state and society as being closer to how they want to express their gender, than how they definitely do not. Trans+ people must fall into the ideas that society has learned through capitalism’s project of the nuclear family and through conservative ideas of gender roles stemming from it, or suffer the consequences every day.

But in a socialist society, expression of things like gender and sexuality could truly be explored, but not in a way that has to be fought for every day, like many trans+ people feel they must do merely by attempting to be themselves. Only then could trans+ and all people be truly free to express themselves without constraint, free from fear.