The Good Friday Agreement (GFA) is trumpeted as a resounding success to this day. Its twentieth anniversary was marked with great fanfare by the likes of Bill Clinton, Tony Blair and Bertie Ahern, but the majority of the population of North ignored the celebrations and struggled on with their daily lives. The reason for this disinterest is clear: ordinary working people are thankful that the carnage which marked the three decades before 1998 has come to an end, but they are only too aware that genuine peace remains elusive, as low-level sectarian conflict and paramilitarism continue to blight their lives. They have also given up on the long-promised but never delivered “peace dividend” – the myth that an influx of investment and good jobs would cement the peace. 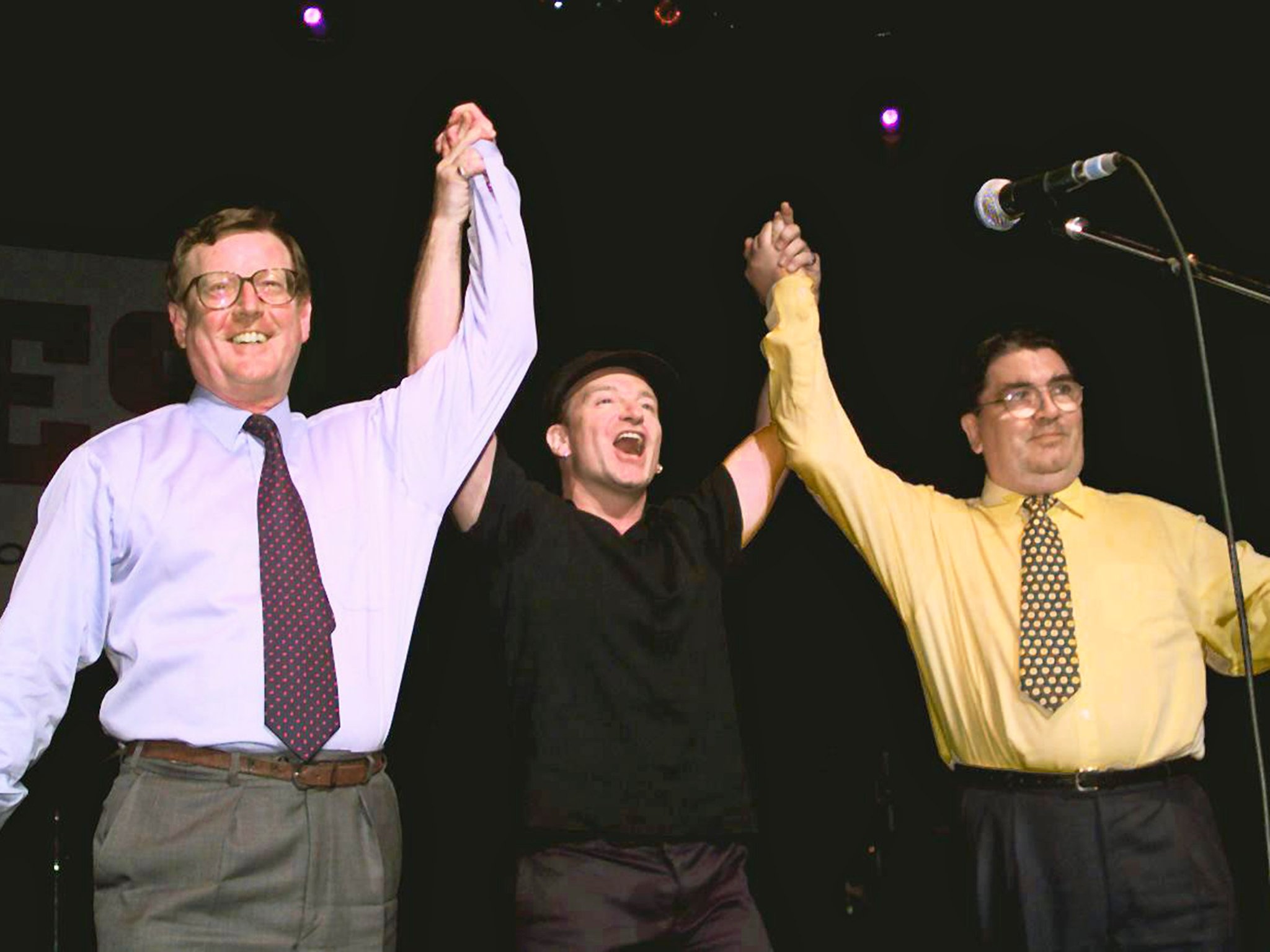 It is twenty years since the main sectarian political parties in Northern Ireland, and the British and Southern governments, signed a deal which paved the way for the establishment of a power-sharing Executive. It was to be a full ten years, however, before even a semi-stable Executive was actually formed, and this collapsed 16 months ago in January 2017.

Despite this, the Good Friday Agreement (GFA) is trumpeted as a resounding success to this day. Its twentieth anniversary was marked with great fanfare by the likes of Bill Clinton, Tony Blair and Bertie Ahern, but the majority of the population of North ignored the celebrations and struggled on with their daily lives. The reason for this disinterest is clear: ordinary working people are thankful that the carnage which marked the three decades before 1998 has come to an end, but they are only too aware that genuine peace remains elusive, as low-level sectarian conflict and paramilitarism continue to blight their lives. They have also given up on the long-promised but never delivered “peace dividend” – the myth that an influx of investment and good jobs would cement the peace.

The failure of the GFA to deliver should not come as a surprise. The so-called “Agreement” was only ever a pretence, in which sectarian politicians simply parked most of the contentious issues and agreed to carve up power and influence. Now, even the pretence of agreement at the top has been abandoned. Twenty years on, there isn’t even agreement on what the “Agreement” should be called. Republicans and nationalists refer to the “Good Friday Agreement”, Unionists to the “Belfast Agreement”. Nor is there agreement on much of the content of the GFA and subsequent deals – the fractious rows over whether the DUP had or had not agreed to support an Irish language act being the most obvious example.

The Socialist Party was absolutely clear in our analysis in 1998 and we did not support the GFA. We did however call for a ‘yes’ vote in the twin referendums, North and South, which were called to endorse the deal. This was not because we thought it would bring peace and prosperity. It was because rejection of the deal risked the situation spiralling out of control towards open armed conflict within a short period of time. In contrast, a “yes” vote would open a window of opportunity during which class-based and anti-sectarian politics might find a firmer foothold.

Demand from peace comes from below

We explained that the impetus for the peace process ultimately came from below, not above. In the 1980s and 1990s, trade unionists mobilised tens of thousands of working-class people against the campaigns of the paramilitaries and against state repression. This overwhelmingly response demonstrated that working-class people were weary of decades of violence. Only a minority had ever endorsed the paramilitary campaigns in either community. It was now becoming increasingly obvious to even core republican supporters that they could not win. The “long war” strategy had run into the sand. The IRA was taking heavy and unsustainable casualties – it lost 19 members in a one year period between 1987 and 1988 alone. Sinn Féin’s vote had plateaued and, in 1992, Gerry Adams lost the West Belfast Westminster seat to the SDLP. The republican movement had little choice but to sue for peace.

Before and after the signing of the GFA, the Socialist Party argued that the energy of the strikes and mass rallies for peace could be harnessed in a broad movement for real, political change. If the weight of the unions had been brought behind a new, left political party, in opposition to the sectarian parties and in favour of socialist change, then a real peace process could have been built. Such a peace process would have challenged the sectarian parties and the paramilitaries and provided a real alternative for all workers, both at the ballot box and in the communities. Most of the trade union leaders did not support this approach, however, and instead lauded and praised the very forces which had caused the Troubles in the first place for now delivering “peace”. Rather than challenging the sectarian parties, most of the trade union leaders provided cover for both their divisive policies and their pro-capitalist programmes.

For a decade, Sinn Féin and the DUP were joined at the hip when it came to the administration of austerity, until suddenly their coalition fell apart. Much ink has been spilled in attempting to explain the collapse of the Executive in January 2017, and the inability of the British and Irish governments to put the pieces back together again. The Renewable Heat Incentive scandal gives the appearance of being the proverbial straw that broke the camel’s back, and the Brexit vote amplified division, but the game-changer is in fact the sense that demographic change is calling the very existence of the border into question.

The sectarian apple cart has been well and truly upset and there is now intense debate as to the way forward. For Sinn Féin, it is simple: demographic change means that a capitalist, united Ireland is inevitable. For Unionists, the strategy is to hope against hope that a significant number of Catholics will vote to remain in the UK when a border poll is called, and at every subsequent poll.

Workers’ movement must offer an alternative

There is another way forward. Historically, the workers’ movement – comprised of the trade unions and anti-sectarian, working-class political parties – has been the vehicle by which old and divisive ideas are challenged. History offers multiple examples of periods when united workers’ struggles pointed the way to a different society.

Even at the most difficult times, whist workers’ unity has been tested, it has not been broken. In the period from 1971 to 1976, over 1,000 died as violence racked the North. There were multiple shootings and bombings every day and the militarisation of everyday life made Northern Ireland seem like a genuine war zone. Side by side with this, however, workers engaged in literally hundreds of industrial disputes over these years. Despite the turmoil outside the factory gates, there is not one recorded example of any dispute being broken by sectarian division.

The historic failures of the leaders of the workers’ movement in 1968-1970 opened the way to the dominance of the sectarian forces which took us into the tragedy of the Troubles. In 1976, and in the 1990s, opportunities were again missed to create a real, mass alternative. If we are to avoid new tragedies in the future, it is vital that an alternative is built now. Many young people are already in revolt against the social conservatism of the main parties on issues such as equal marriage and abortion rights. The surge in Labour Party membership in the North in the wake of the election of Jeremy Corbyn as leader – from several hundred to over 3,000 – demonstrates that there is a thirst for a political party which is socialist and anti-sectarian in outlook. The Socialist Party does not draw negative conclusions from the failure of the GFA. Rather, we draw the optimistic conclusion that workers’ unity in struggle is not just possible but is the only way forward. 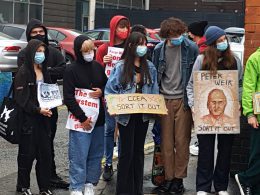