The Minister of Education John O’Dowd’s strategy is to halve the 1,200 existing schools. Since 2001 the politicians in Stormont have been involved in a stealth campaign which has already seen the closure of 21 (mostly rural) schools and the amalgamation/closure of 65 others. The criteria used for school closures range from them overspending their budget, deemed to be providing a poor education, or having less than 105 pupils in a primary school or less than 500 pupils in a post primary school.

But the Minister’s real agenda is one of cuts and rationalisation. The impact that a school closure has on pupils in those schools, who in some cases are having to travel up to 50 miles round trip to go to school, has largely been ignored and little or no regard is paid to the wishes of parents, teachers and the wider community.

A great deal of damage has already been done to many of these schools by the manner in which the local media has responded to the 105/500 pupil figure criteria. The media has irresponsibly named these schools before any consultations have taken place on their future and without questioning whether the numbers for pupil enrolments were too high and inflexible or indeed if they made any sort of educational sense. Many parents legitimately fearing the closure of named schools have moved their children elsewhere causing a further haemorrhaging of pupil numbers. These schools have been involved in a damage limitation exercise ever since.

The “one size fits all” model and the idea that large troglodyte schools (that are more like factories than places of learning) provide a better education for pupils is a fallacy and a smokescreen for concealing the cuts agenda. There is no educational evidence to suggest that the creation of large super schools will lead to better educational outcomes. Studies in America have shown the opposite to be the case and the move there is towards the creation of smaller schools. Large schools can lead to an increase in pupil alienation, higher dropout rates and lower pupil achievement. Smaller schools, particularly in working class areas provide better pastoral care and can reduce the negative impact of poverty as well as achieving better pupil performance as long as they have small classes and proper resources.

According to John O’Dowd, the pace of school closures here is not happening fast enough. He and the Assembly Executive are determined to ram through a school closures programme which will decimate education provision in many rural and working class communities. It is wanton, widespread educational vandalism which is putting cost and cuts above pupils, teacher’s jobs and parent’s wishes.

Mark Twain once said that every time you close a school you open a prison. Last week in Northern Ireland on the same day as there was an announcement to close 25 schools there was another announcement which announced the spending of £200 million pounds on a new prison.

Education should be based on the needs of children and society and not driven by cost and austerity. Every community should have a fully funded local primary and post primary school with enough teachers to ensure that pupils are taught in small classes and have access to all subjects.

Local communities, teachers, staff, parents, governors and pupils should have a proper democratic say and control over school provision. To date we have seen farcical undemocratic consultations where the fate of many schools have already been decided either in the pages of the local media or by the various employing authorities. The views of teachers, parents and pupils have largely been ignored in favour of the cuts agenda. The Stormont Assembly is hell bent of closing or amalgamating as many schools as possible.  Communities need to fight back against this onslaught and start reclaiming their schools. 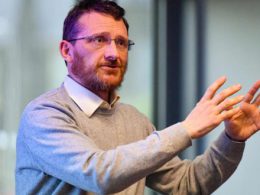 Donal O'Cofaigh's election in Enniskillen shows that - combined with a consistent, determined and campaigning approach - real success can be achieved on this basis.