Wary of raising expectations that a solution can be found Rev Hamilton recently commented that they are merely having conversations – “they are not negotiations, they are not mediation. They are conversations to see if an accord can be reached.”

Many attempts have been made by the state and the main political parties to resolve this conflict, yielding no success. It does not suit the interests of the establishment and the Assembly parties to risk political destabilisation over the issue of parades at this time. In the past the DUP and Sinn Fein both cynically whipped up the question of parades and have left behind a sectarian legacy which continues to scar working class communities. In recent years dissident republican groups have consciously intervened – setting up rival “residents” groups – to block Orange Order and Apprentice Boys parades. Elements of loyalist paramilitaries have also intervened.

The Socialist Party opposed the powers of the Parades Commission to declare who could march, where and when. Not only does it have the power to stop contentious Orange marches but also trade union and campaign marches. This latest “conversations” exercise is unlikely to lead to any resolution. To reach agreement and avoid sectarian clashes which endanger working class communities in North Belfast and beyond, representatives elected by local residents and the Orange Order must be prepared to enter face-to-face negotiations with a view to resolving the issue.

The Socialist Party has long argued that competing rights are at stake in the conflict over parades. Despite being a sectarian, reactionary organisation, the Orange Order has a right to march. Equally, local residents have a right not to be trampled upon and intimidated by parades. The stark assertion from the Orange Order that it can simply march where it chooses is not part of the solution. But groups claiming to represent local residents cannot simply state ‘No parades’. Where a march is through a residential area local people have a right to say no to parades that they find offensive. However this parade does not pass through the heart of Ardoyne but skirts it. It takes place along a main arterial route, which local Protestants use every day to travel to school and work. It is neither a Catholic or Protestant road.

As a starting point, negotiations should mean that local residents are prepared to accept the possibility of a parade or parades taking place. Orangemen should agree to discuss if and when any parade takes place and the conduct of parades provocative music should not be played in contentious areas, paramilitary regalia should not be displayed and if a parade is agreed the Orangemen should agree to exclude “hangers-on” who are deliberately accompanying the parade in order to heighten sectarian tension and provoke conflict.

Crucially the police and state forces, whose presence has acted as provocation in the past, should be kept out of the area and stewarding should be organised by both residents and marchers. To avoid conflict, ways have to be found to isolate those who wish to use the parades issue to stoke up sectarian conflict. Residents on both sides should have the right to travel freely without the threat of intimidation.

There are rights on both sides but there is also an overarching right – the right of the working class to resist being dragged into a sectarian conflict. Trade unionists and genuine community activists who represent broader working class interests have a responsibility to apply pressure on both sides to reach agreement and bring this annual series of confrontations to an end as well as to link up to tackle sectarianism locally.

The conflict over parades is part of the wider conflict and has more to do with territory than with the ‘rights’ stressed by either side. If sectarianism is not overcome, because of changes in demographics, parade routes that are non-contentious today will be in the future, that is unless steps are taken to overcome the sectarian division and to unite working class communities in the common struggle against the misery of capitalism and for a better society. 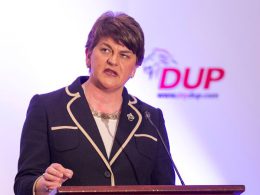 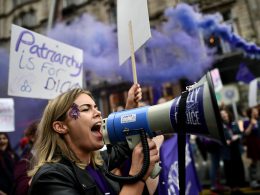 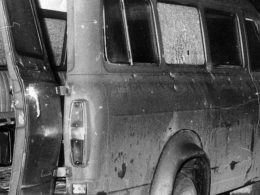