The recent exposure of the fact that the SDLP party membership voted down a motion calling for a ban on fracking is a disappointment to campaigners opposed to this destructive industry. The SDLP’s position has been characterised by a deep sense of political opportunism throughout the process. Publicly members of the party have been keen to be seen opposing fracking but the reality on the ground is very difficult.

Some individual members have been forceful in their position on the issue but primarily it has been those elected by communities facing this challenge. Councillor Brendan Gallagher of Erne West spoke publicly for a ban on fracking at a meeting of approximately 400 residents in the rural area of Cashel in 2011. He subsequently brought forward a successful motion calling for a moratorium on hydraulic fracturing for gas in Fermanagh District Council. Councillor Donal Cunningham of the Moyle District Council area brought forward a similar, successful motion against proposals for fracking in the Rathlin Basin area of the north coast.

At Stormont, the situation has been more complicated. While the SDLP supported a motion calling for a moratorium which was passed in the Assembly in 2012 and both their Ministers for the Environment have publicly voiced concerns over the environmental impact and safety of fracking, very little concrete has been done.

A recently leaked presentation given at the NI Energy Forum by William Orbinson QC highlights the fact that current environmental protections mean that wells can be given the go-ahead without a full Environmental Impact Assessment. No action to address this black-spot has been taken by SDLP Environment Ministers. Similarly, a range of studies on the potential impact should be brought forward by the Minister (in conjunction with the ‘anti-fracking’ Sinn Fein Ministers for DARD and DCAL) relating to the potential for pollution affecting drinking water, air and waterways, the destabilisation of extensive, underground cave systems in West Fermanagh, the impact of networks of pipelines running through extensive forest, the impact of massive levels of water diversion on local wetlands and lake ecologies and the potential for radioactive contamination of earth and air resulting from drilling activities.

Campaigners have heard many political speeches about fracking but very little action.

The SDLP knew that their decision to vote down a motion calling for a ban on fracking would be unpopular. Following on from the conference local party stalwart, Richie McPhillips, gave an interview to the press hailing the party’s Environment Minister’s pledge to resist fracking, ‘unless he can see proof that it’s safe and sustainable’. Of course, those last weasel words are precisely what every proponent of fracking have been saying since the very get-go.

After local campaign group, Ban Fracking Fermanagh, discovered the fact that the party had, contrary to the spin, voted down a motion demanding a ban on fracking, activists got in contact with members of the press with a view to exposing the true situation. After much cajoling, an email was received from an Irish News journalist (they didn’t run the story) which gave the full wording of both motions.

They reprinted below in full:

17. Conference notes the public concern around fracking and supports an island-wide ban on Hydraulic Fracturing and calls on the Minister for Enterprise, Trade and Investment to further increase renewable energy production via investment in wind and tidal technologies.

18. Conference recognises that Hydraulic Fracturing (Fracking) will not result in affordable energy nor increase our energy security. Additional scientific investigations must be carried out in order to justify further explorations. Conference further accepts the significant costs associated with the necessary upgrade of the transmission infrastructure needed to support increase renewable generation. This short term financial impact will allow for long term benefits in terms of increased renewable energy. In light of this, Conference calls on the party to adopt a visionary approach to energy policy in the North, seeking to establish the North as an energy exporter. Calls on the Government Departments of Enterprise, Trade and Investment and Environment to use every mechanism at their disposal to stimulate the development of renewable energy aiming to deliver the production of sustainable and affordable energy for local consumption.

The SDLP press office indicated that ‘the first fell in favour of the second motion which included a focus on renewable energy, a call for a visionary energy policy that would result in the North becoming an energy exporter and delivering sustainable and affordable energy for local consumption’. What the press office refused to note was that the second left the door very much open for fracking in the future foreseeing ‘further explorations’ justified by additional scientific investigations.

It is clear that some members of the SDLP are sufficiently concerned about fracking to bring forward a motion calling for an outright ban on the industry. It is also clear that they are in a minority, even in Fermanagh, and that the party machine wasted no time in spinning a betrayal of local communities as a ‘visionary energy policy’.

In the face of recent reports that drilling is to be brought forward late 2013/early 2014 by Tamboran in the Fermanagh area (without any Environmental Impact Assessment, Planning Application or Local Consultation Event as of yet), Ban Fracking Fermanagh has called an all-island Activists gathering at the Railway Hotel, Enniskillen on Saturday 7th December at 3pm. 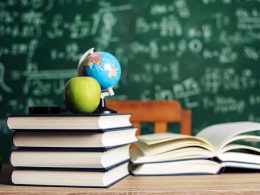