On Thursday, November 21st, I along with other members of NIPSA, the public sector trade union, took part in a lunchtime protest at the Emergency Department of the Royal Hospital, Belfast. This protest was called to highlight the on-going crisis in emergency care for Belfast and to show support for the excellent staff who work there. The protest was in response to the report from the College of Emergency Medicine which stated that “staff where pushed to the limits” and the service was “unsustainable” in Belfast. This report continued to state that the service had been underfunded and understaffed for many years.
Although not large, it must be noted that this was the first time a protest had occurred inside the grounds of the hospital. So we weren’t surprised to discover that the Trust had pulled out the stops by sending out senior managers and heads of security to intimidate protestors. However it did not deter the staff and supporters who attended.
It was reported that it has only been 2 years since the A&E unit in the Belfast City Hospital closed. In that time we have seen waiting times out of control, patients left lying on trolleys due to lack of beds and staff working under immense pressure to meet targets. This is seen not only in the A&E but also in all wards throughout the hospital, with patients being transferred to other hospital sites across Belfast, sometimes even in the middle of the night to free up beds for casualty.
It was the determined opinion of the protesters that the blame for the A&E crisis must firmly be put at the steps of the Assembly and on Mr Poots as Health Minister. This protest must be the first step, the Trades Union movement along with the public as a whole must campaign now to defend the NHS as it belongs to all of the people “from the cradle to the grave”. 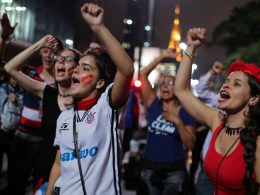 There is no such thing as non-political trade unionism, every trade union conference debates a wide range of…
byArchive 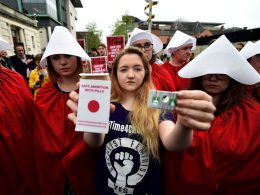 Over three-quarters of MPs in the House of Commons have voted to extend abortion rights and equal marriage here via amendments to the Northern Ireland Bill. If made into law, the amendments would remove the North from the 1861 Offences Against the Person Act, decriminalising abortion, in the event that Stormont does not resume by 22 October.